The Left gets creepier by the minute. And that is saying something.

For those of us–including me–unfamiliar with the fashion brand, it is extremely high profile, sporting Kim Kardashian as one of their models, as well as Ye until he got into trouble over antisemitic comments. All the best people are supposedly fans, although I cannot for the life of me understand why. I am more the LL Bean and Brooks Brothers type.

In any case Balenciaga is selling a range of gifts aimed at young children, including Teddy Bears sporting bondage gear. In their photoshoots advertising the products they even helpfully include some of the text from a Supreme Court decision defining child pornography, spelling out what is an is not permissible to distribute.

Fashion brands dipping their toe into borderline pornography is not new. American Apparel went down a similar path about a decade ago, actually getting their ads banned in Europe for violating child pornography laws there. The ads were dubbed “Lolita,” with photos of skimpily clad (or slightly less than clad) teen and pre-teen girls in provocative poses.

The ads didn’t just appeal to pervs–they, after all, don’t buy clothes for teenage girls. The whole point was to get teenage girls to dress up for those pervy older men.

And so on. There are lots more, and I decline to share them. A couple of examples makes my point. Many of the images have actually been scrubbed from the web they were so disturbing. If you need more images to get my point, some of them are collected here.

Before you get upset at me for sharing these images, and I could understand why you would, be aware that these were marketing photos splashed on billboards, magazines, their online store, and online advertisements. These were front and center in the company’s advertising and marketing campaigns around the world.

Sexualizing children is a “thing,” done by all the best people now. The sort of thing that would get your neighbor labeled a sex offender are prized art and marketing if you are rich and famous enough. Roman Polanski is still a free man after raping a 13 year-old, and even got a standing ovation for getting an Oscar. He can’t enter the US because he was convicted of rape, but again all the best people endorsed him as an artiste. I wrote about it in my VIP column on why I became a culture warrior.

“The kids don’t know it’s fetish gear but the adults seeing these pics sure do…”https://t.co/uuDuuwTxbA

If this can happen in Idaho, it can happen anywhere. pic.twitter.com/e0mjPIB0vo

We have all seen the videos of teachers who openly admit to building relationships with children based upon sexual identity, practices, and fantasies. They encourage children to share the most intimate thoughts, hide things from their families, and push boundaries. Sexually explicit materials are shared together, and even special closets with secret clothes hidden from family. This are all classic behaviors of groomers.

The sexualization of children, as bizarre as it seems, is a genuine goal of many people on the cultural Left. There is no direct link that I can see between the Old Left–the Bernie Sanders-types of the world–and this much updated new Left in this regard. While socialism has always been hostile to the family, and openly so, the connection to pedophilia was mostly fringe. That grouchy old socialist we all grew up knowing was unlikely to be a pedophile.

But today’s Left, while unlikely to be populated with large numbers of pedophiles, is openly embracing pedophilia as another lifestyle choice. When prominent brands and fashion houses are publishing pedophilic images, putting SadoMasochist wear on Teddy Bears, and encouraging children to become highly sexualized, it is impossible to deny that this is a real phenomenon.

Obviously they do this because it sells. And no fashion brand like Balenciaga sells to anybody but the elite of the Elite™.

Normal people can’t even afford it. 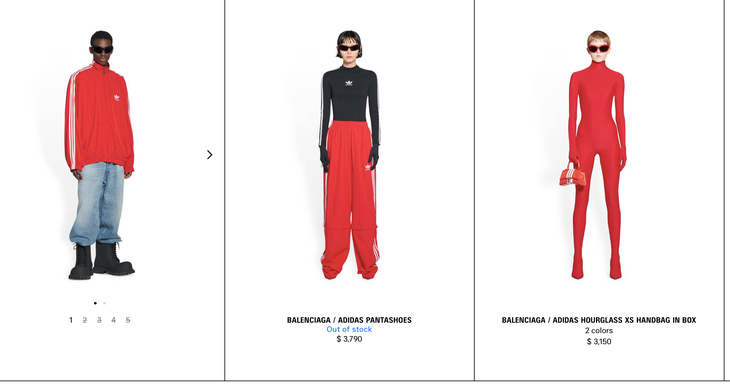 Balenciaga made a big deal about leaving Twitter in protest of Elon Musk’s takeover of Twitter, making the case that they are too high minded to share a platform with the hoi polloi. Apparently they are too good to be with us, but they sure are happy to be a part of the movement to take over the minds of our children, and perhaps use them for other purposes. The NAACP is happy to stand with them, apparently.

It’s a beautiful day to do the right thing. Balenciaga leaves Twitter amongst spike in hate speech on the app. #StopHateForProfithttps://t.co/L8Fsr7WzAe

Christopher Rufo has done excellent work uncovering the truly sick things being done to children in the name of sexual liberation. He has tons of stories covering the issue, but let me quote from just one of many on a sexual summer camp for children as young as 13.

The program is the brainchild of Tanya Turner, who calls herself a “femme, fat, queer, magical pleasure worker” who was raised by “a host of witchy women” in a “coven-like mountain matriarchy” and uses “crystals,” “sex toys,” and “tarot” in her teaching. She founded Sexy Sex Ed in 2012 and has run dozens of events across the Appalachian region, recruiting LGBTQ youth and working with a number of regional philanthropies, including the Foundation for Appalachian Kentucky, Southern Power Fund, Chorus Foundation, and Rise Healthy for Life, which is affiliated with the Unitarian Universalist church. According to the organization’s promotional materials, the purpose of Sexy Summer Camp is to teach “teenagers and people of all ages to openly discuss personal and political consent, sexual safety, and anatomy.”

These euphemisms, however, obscure the true mission of the camp’s programming. The agenda for last year’s events, which I have obtained from the organization’s publicly available calendar, reads like the syllabus from a radical queer theory seminar. The sessions included “Sex With Me Self-Pleasure Workshop,” “Gender Diversity,” “Let’s Talk About Sex,” “Sexy Trans Sex Ed,” “The 3 P’s: Pee, Poop, and Pleasure,” “Sex on Drugs,” and “Eugenics in Appalachia.

They are grooming children. They are doing everything they can to stigmatize critiquing anybody who calls them out. If we don’t stop them, nobody will. Certainly not their lackeys at the FBI, who are supposed to stop behavior like this.

This is who our Elite™ is.

Articles of impeachment filed against Mayorkas

Results … whenever? We’re America. We can do better