NHL is all in on trans women

For a league composed of muscular brutes and known primarily for hard-hitting body checks against the glass occasionally relieved by brilliant sticking and puck manipulation, this seems an odd stance. I’m not sure why they even chose to enter the fray, but they did. It began with this tweet.

So, men playing on womans team?

People sort of took a step back at that. Responding to the League’s tweet, the fellow above asked a pretty legitimate question in the eyes of most rational humans.

The clap back was immediate and pretty pissy by anyone’s standards, but for men’s hockey?

To make matters worse, that bastion of bravado and masculinity shut the comments down. Ho, boy – Katy bar the door after that.

…The response prompted thousands of responses from people both in support of, and against, the NHL’s position. The tweet comes amid fierce ongoing discussion about the participation of trans athletes in sport.

…A Facebook page said six teams competed in the inaugural event. Some conservative commentators* mocked the NHL for promoting the event and its follow-up tweet.

…One replied: ‘The NHL is on thin ice,’ while another wrote: ‘Sir, this is an ice hockey league.’

*For the record, there are plenty of people who do not consider themselves “conservative” who have sincere problems with the entire trans agenda. Voicing your opinion opposing its promotion does not automatically render one a conservative.

Ben Shapiro weighed in and brought up the most germane point in the entire episode.

If this is true, why aren’t there any trans men in the NHL? They’re real men, after all. Must be terrible and vicious discrimination.

The problem with the agenda they’re pushing, which in no way would affect the quality of their end product, is that there ARE no trans men in hockey. They simply would not make the grade. But because of this fraudulent, demented ideology, there ARE trans “women” in WOMEN’S sports, and they are quickly and cynically erasing everything it means to be a talented, hardworking, goal-oriented biological woman. It’s absolutely revolting that professionals in any sport can’t see what they’re doing to the aspirations of over half of the people on this planet. Their own daughters, for God’s sake.

You can buy a set of breast implants, grow your hair, wear make-up, and cute dresses, whack your nether regions all to bits if you so choose, and take all the estrogen you want, but it doesn’t change the fact that you came onto this earth a MALE. Your body knows it and grows it. Men are physically stronger, period. It happens no matter how much one may play a shrinking violet in an assumed gender identity.

Besides stripping biological women (don’t give me that made-up “cis” crap) of their right to compete against their biological peers, these faux wymmins are endangering the women they compete against in team sports that have physical contact. Sometimes for a “highlight” reel.

…A North Carolina high school volleyball match last month highlighted the ugly side of this narrative when a trans-female, who is biologically male, spiked a ball so hard that it hit a female opponent in the face and bounced several feet back into the net. The girl suffered significant head and neck injuries along with a concussion.

…Incredibly, a Youtube user posted the video on their page as a career “highlight” for the trans volleyball player. The video slows down, draws a green circle around the player and then shows the vicious spike hitting off the face of the young female with a shocking velocity.

Some sports are waking up, and, oh, the uproar in the name of “rights” and TRANSPHOBIC.

Trans women will not be permitted to play elite women’s rugby for the foreseeable future because of “significant” safety concerns, World Rugby has stated after releasing new guidelines for transgender players.

In a statement explaining its decision, World Rugby said that after months of research and examining the latest scientific research it had “concluded that safety and fairness cannot presently be assured for women competing against trans women in contact rugby”.

Good for them. As a friend of mine, who knows of what they speak, put it: 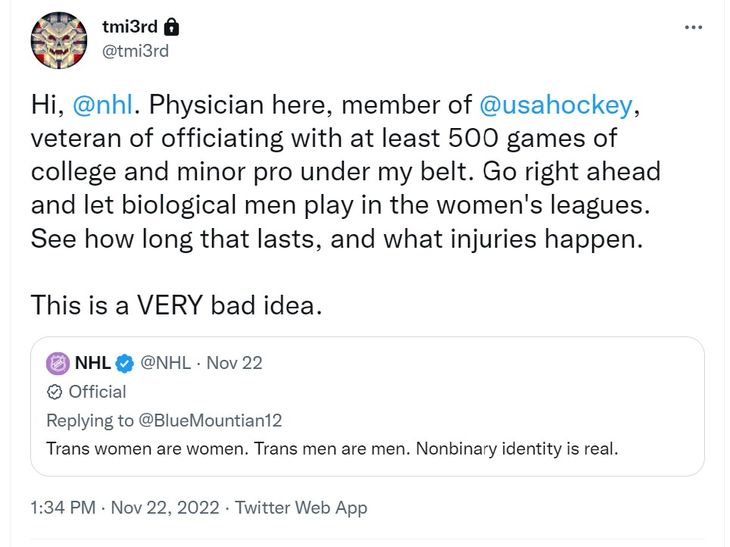 The only positive I see is in the NHL’s original tweet. The league they were highlighting was FOR trans/non-binary/pick-your-whatever. They weren’t infiltrating and destroying a women’s league – they had their own. Great. That’s what should be – and must be returned to – in college and high school sports. Real girls and young women vs REAL girls and young women. 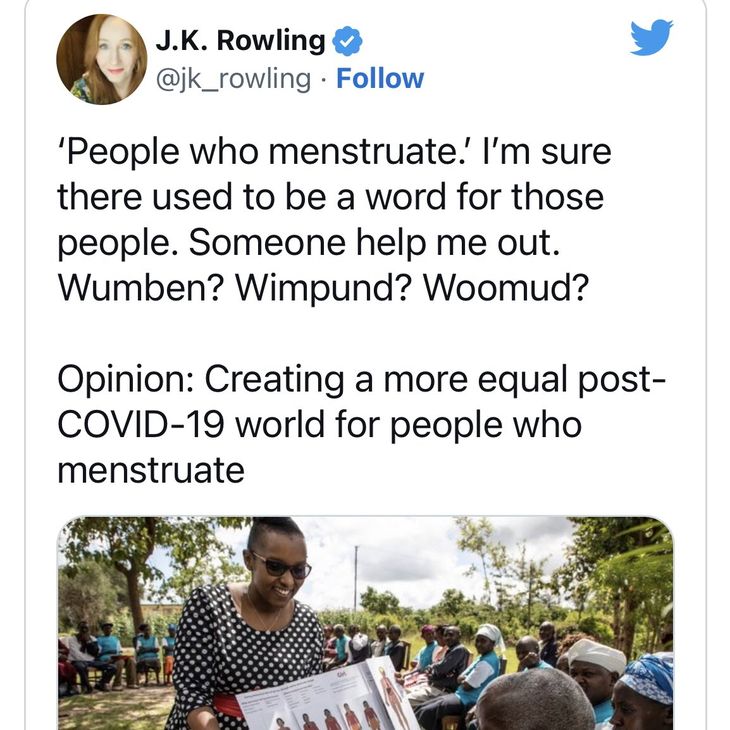 That word is WOMEN.

No qualifiers, no adjectives beforehand – plain, simple, the original. Woman.

Those who need such things to account for their own transformations to or from that point may begin there. I will add nothing to what already was.

As for attempts to erase WOMEN’S sports?

Go compete amongst yourselves and break your own records.

Gearing down? US economy adds 315K jobs in August, unemployment rises to 3.7%

CNN: Russia is lying about what killed Ukrainian POWs

Split between Europe and America?