The Musky smell of hysterical people

The Left is truly hysterical over Elon Musk’s takeover of Twitter.

It’s not that they are upset. Lots of people would be upset if their favorite social media site changed dramatically. They are actually hysterical, almost literally running around with their hair on fire.

There are many signs of the hysteria, but the most notable to me is the gross disproportion between the changes Musk is making and the sense of impending doom they inspire. Elon Musk allows The Babylon Bee back on the platform and millions of lives are put at stake.

How, exactly? No explanation. People who disagree with a Leftist are “stochastic terrorists,” a particularly slippery term with no essential meaning. “Stochastic” is a term used in statistics and actually means almost the opposite of what they imply: “randomly determined; having a random probability distribution or pattern that may be analyzed statistically but may not be predicted precisely.” Stochastic terrorism would be randomly distributed, not directly tied to something.

Just how hysterical can any group of highly intelligent people be? How about this?

Allowing freer speech–not even completely free speech, but freer speech–is “opening the gates of hell?” Ironically this comes from a reporter who doxxed a controversial Twitter author leading to her receiving death threats on Twitter.

None of the accounts associated with those literally illegal threats was banned from Twitter until Elon Musk bought Twitter and evened the playing field. Even Leftists must obey the law now. Obviously unfair!

Until Musk bought Twitter, an account that merely retweeted Leftists was banned, while those who threatened her with death were not. I won’t put up endless examples, but there are a zillion.

I got about 6 dozen death threats today 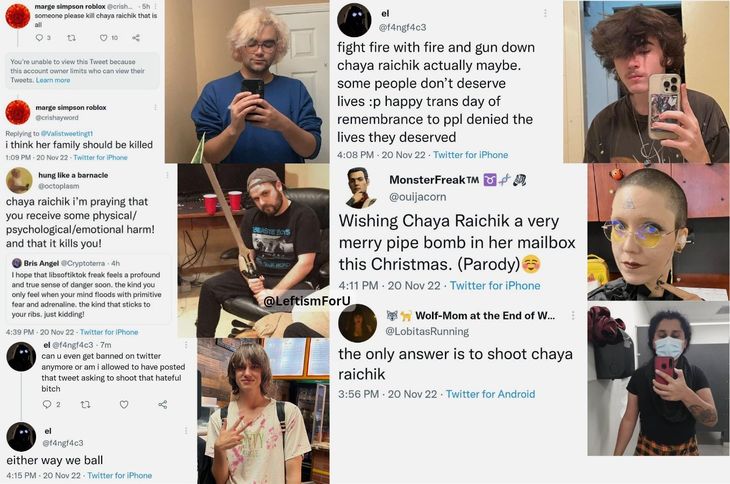 Every single one of those accounts was deleted today, because suddenly the rules changed to actually ban real hate speech, not just conservative speech.

Apparently “opening the gates of hell” means something like “I have to play by the same rules as everyone else.”

The mass hysteria on the Left would be amusing, except it bleeds into the mainstream. When every news and opinion outlet that is not explicitly right wing repeats that Twitter is now the home of Nazis, the average person absorbs the information. Vast numbers of people are registered users, but only a small slice of them actually use it.

But the Twitter superusers are fanatics, and the most fanatical are the media and news class for whom Twitter has been something of a walled garden. Conservatives were on Twitter, but their reach and their speech were both artificially limited.

No  longer, and it is driving the Left insane. 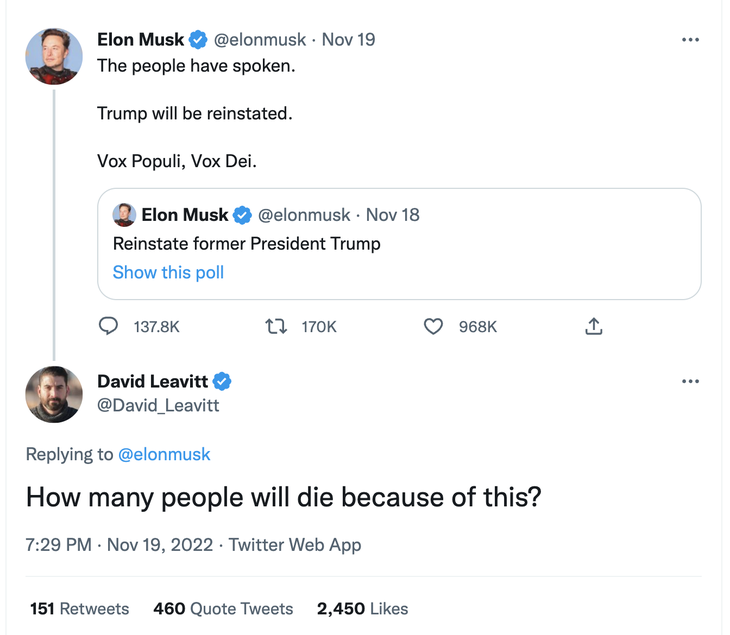 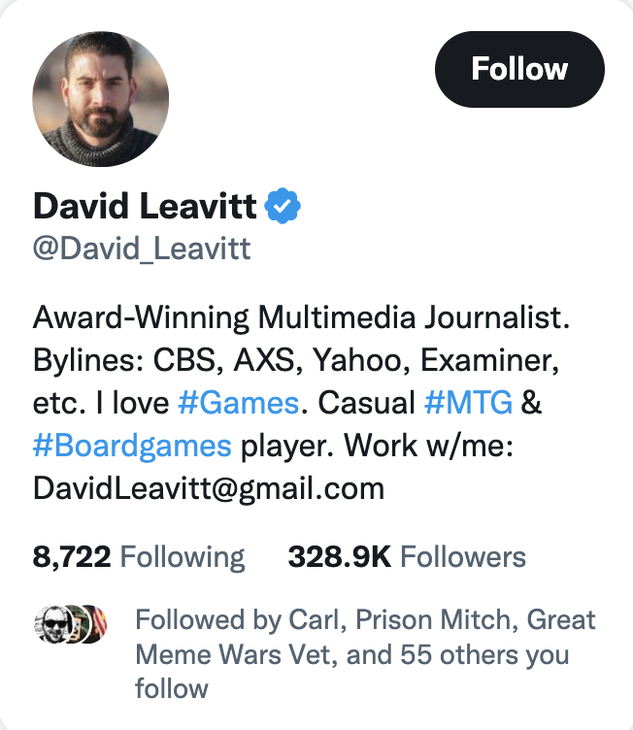 An award winning journalist worries that Trump’s tweets will literally kill people? This isn’t thought, it is a primal scream of rage.

The Left’s insanity regarding Twitter goes far, far beyond Donald Trump. They claim to be convinced that allowing banned conservatives back threatens their very lives.

All this mirrors the blindness of the MSM to actual violence in the real world. The riots of 2020 were a positive good, in fact vital for public health. Leftist violence is good.

Currently suspended accounts will be enabled slowly next week after manual review to determine whether they have potentially broken the law or engaged in spam.

Twitter will be a forum for the peaceful exchange of views.

Twitter dominates the discussion recently because because it has been the Left’s playground. With the return of conservatives it is as if a rival gang has invaded their territory. They have been able to live in a bubble for so long that they probably do feel under threat.

So they have decided to kill Twitter if they can’t control it. Or at least threaten to do so.

“Apple and Google need to seriously start exploring booting Twitter off the app store,” said Alejandra Caraballo, clinical instructor at Harvard Law’s cyberlaw clinic. “What Musk is doing is existentially dangerous for various marginalized communities. It’s like opening the gates of hell in terms of the havoc it will cause. People who engaged in direct targeted harassment can come back and engage in doxing, targeted harassment, vicious bullying, calls for violence, celebration of violence. I can’t even begin to state how dangerous this will be.”

The Left feels threatened, I suppose, because having to deal with a conservative they can’t shut up is a new experience. They usually have all the power, and it frightens them not to. Twitter was an ideological cocoon.

Conservatives simply don’t have the luxury to feel protected from opposing viewpoints. We literally are incapable of escaping Leftist propaganda, so we have learned to live with it. Even, often, make fun of it. This is why conservatives can meme and the Left generally cannot. The Left has no concept of what a conservative thinks unless it is Bill Kristol or David Frum.

This alleged expert is saying things that are flat-out false. I have now said several times of Twitter that incitement to violence, obviously including threats of physical harm, will result in account suspension.

All this only matters if the Left succeeds in its attempts to cancel Twitter. And they are seriously trying to. The federal government is investigating Elon Musk as a security risk. Activists are pressuring Apple and Google to remove Twitter from their app platforms. Europe is pressuring Musk to impose a harsh censorship regime.

That is a lot of pressure, although I think only kicking the app off the Apple and Google app stores would actually have a material impact on the business.

Can an AI chatbot replace comedians?

CNN boss: “So much of what passes for news is name-calling, half-truths and desperation”

“We are professionals” is usually BS