It turns out that if you live in Nancy Pelosi’s congressional district drug-addled lunatics wielding hammers are not the only dangers to look out for. (Whatever happened to that story, anyway? Hmmm…)

You also have to be concerned about taking your infant out on a stroll, because the drug paraphernalia discarded by homeless junkies is everywhere. Needles, discarded foil wrappers used to smoke meth and fentanyl, and all the detritus associated with open-air drug use is strewn everywhere.

Including in parks, where nannies take children to play. That’s how a 10 month old infant wound up overdosing on fentanyl and almost dying. Only the rapid intervention by EMTs who reached the overdosing infant in less than 2 minutes did the baby survive.

Experts say people aren’t at risk of being poisoned by open-air drug use, but a baby in an upscale San Francisco neighborhood park nearly died from fentanyl. The source remains unknown, but I discovered an open drug scene on the other side of the park. https://t.co/X3ZVPwWPp5

The overdose occurred  in the tony Marina District in San Francisco, at a park that tech executives’ nannies take their children to play.

San Francisco firefighters revived a 10-month-old baby poisoned by fentanyl while playing at Moscone Park in the upscale Marina District with his nanny on Tuesday.

“Our baby went to the ER today (11/29/22) and barely survived,” wrote the baby’s father, Ivan Matkovic, on Next Door, “because he found and ingested fentanyl while playing at Moscone Park (it’s the one next to Marina middle school).”

Matkovic is a tech executive who lives nearby. He says his nanny called him from the park after his son stopped breathing. Paramedics gave Narcan to the baby and then took him to the hospital where he was monitored for six hours.

The park where the fentanyl overdose occurred is in @GavinNewsom ‘s old neighborhood, the up-scale Marina District. The 10-month-old stopped breathing & the nanny called 911. Paramedics recognized it as an OD and gave the baby Narcan. The baby is lucky to be alive. Details: pic.twitter.com/Lo4MTVuFbE

The Marina isn’t Skid Row–not that it would be OK to have an open-air drug scene there. Buying an efficiency condo starts at $850,000, and it goes up from there. Condos next to the park where the overdose occurred are in the $2 to $5 million range. 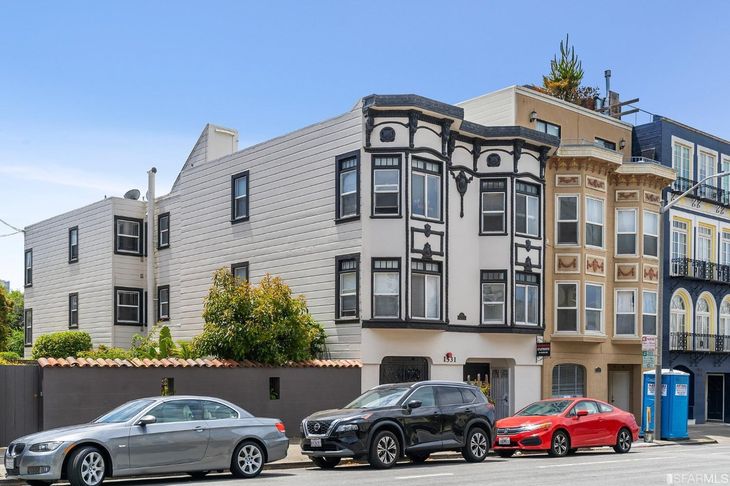 The incident came to light not because of the city itself warning parents–they were actually quite closed-lip about the situation for obvious reasons. Rather it was the father warning his neighbors on Nextdoor (which is always under fire for promoting the racist idea that people should be allowed to warn each other about local crimes).

The city response has been both blasé and deceptive.

Officers searched the park area later that night looking for a potential source of exposure, but didn’t locate any obvious evidence of drugs and/or paraphernalia, police said.

Tamara Aparton, spokesperson for the city’s recreation and park department, also said no drugs were found in a search following the incident. She said custodial crews clean the play areas at least three times a day, with other staff picking up litter daily as well.

Police said they are working with park officials to ensure the area remains free of drug use and elements that may contribute to contamination of the playgrounds.

They deny that there is any evidence that the park is used as an open-air drug use zone and claim to be working to ensure things are safe, but Michael Shellenberger found out that was all BS.

Police said that they were investigating and working with park officials to make the park drug-free, but there were no police officers, park officials, or other reporters interviewing the drug users on and around the bleachers, nor did they report having spoken to any.

One homeless man, Kelly, told me on camera that he smoked meth and used to smoke fentanyl. He showed me a large Ziploc bag of foil strips he had collected. They appeared to have been used for smoking fentanyl.

Shellenberger has a video on his site where he interviewed both residents and drug users in the park and it reveals exactly what you would expect. The city is useless. They mouth the right words to whomever they are speaking–often contradictory as the activists want to hear one thing and the residents another. But they in fact do nothing to stop the insanity.

Two years ago Turning Point USA did a video tour of San Francisco–before things got even this bad–and the viewing is horrifying. Since that time things have gotten worse, if you can believe it.

What is so shocking about all this is not that urban decay is happening. Other cities across America have faced that problem due to more mundane matters such as the erosion of the tax base from flight to suburbs and poor management. Detroit comes to mind, although after decades of neglect the city is reviving.

But San Francisco never faced that problem. In fact, there is a huge shortage of housing and the city is filled with the rich and tony. This decay is nothing but a choice. City leaders have decided to destroy their own city, and the residents keep voting for it despite grumbling about the consequences.

The city spends billions to deal with the homeless crisis, but that money goes to the bureaucrats and city employees, not to actually eliminating the problem. It is a grift, not a policy. Everything in San Francisco is a grift.

And the result is this. Infants getting fentanyl overdoses because they play in middle school playgrounds.

El Paso to Biden: Pay up or we will keep releasing hundreds of illegal migrants into the streets

Verdict reached in the Darrell Brooks trial: Guilty on all 76 counts

Progs in action: Washington State Supreme Court drops a piano on one side of the scales