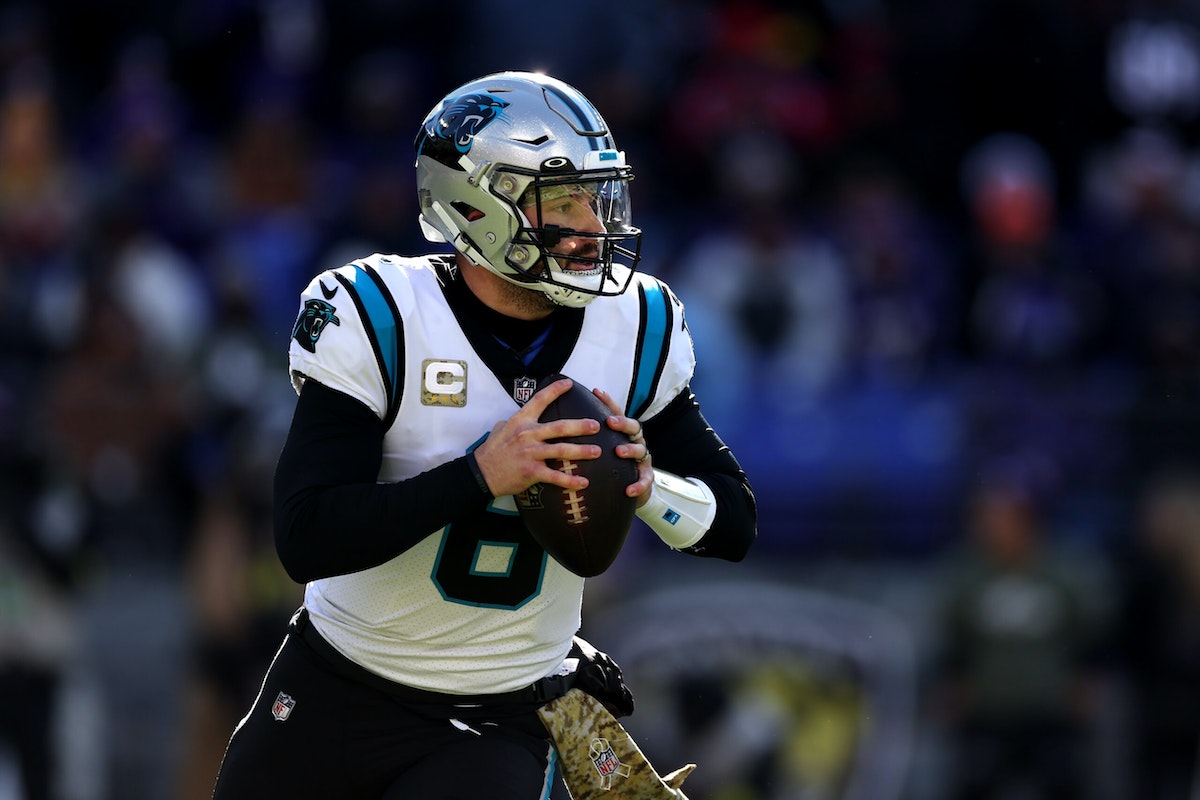 Baker Mayfield, the No. 1 overall pick in the quarterback-rich 2018 NFL draft, has been cut by the Carolina Panthers.

The Oklahoma product was the NFL rookie of the year for Cleveland and led the team to the playoffs in his third year, but was traded to the Panthers after an injury-marred season last year. Although he was healthy and earned the starting job out of training camp, his woes continued when the season began.

“The Baker Mayfield experiment is over,” the team wrote on its official website. “The Panthers released the veteran quarterback Monday, ending a whirlwind season that didn’t go the way he or they anticipated.”

The 4-8 Panthers are still in contention in the NFC South, but are not starting fellow 2018 first-round draft pick Sam Darnold under center. Darnold, who the Jets picked out of UCLA, has also been a disappointment from a draft that also included NFL superstar quarterbacks Josh Allen, of the Buffalo Bills, and Lamar Jackson, of the Baltimore Ravens.

TIRED OF THE LEGACY MEDIA’S BIAS CONTROLLING THE NARRATIVE AND OBSCURING THE TRUTH? JOIN US AND SAVE 30%.

It was Mayfield who was supposed to be the best of the class, coming off a Heisman trophy senior season. In his first season in Cleveland, he set a rookie record with 27 touchdown passes. Coaching turnover contributed to a subpar sophomore season. But in his third year, the 6-foot, 1-inch signal caller threw for 26 touchdowns and just eight interceptions while leading the Browns to an 11-5 record and a first-round playoff victory over the rival Pittsburgh Steelers under new coach Kevin Stefanski.

The charismatic quarterback, who once told reporters, “I woke up feeling dangerous” after a stellar performance, landed lucrative endorsements while in Cleveland.

But it fell apart for Mayfield in 2021, when he was injured early in the season while making a tackle after throwing an interception. He was never the same, and after the season ended, Cleveland moved on with the controversial $230 million signing of DeShaun Watson. They traded Mayfield to Carolina for a mere fifth-round draft pick.

The Panthers won just one of their first five games before Mayfield suffered a high ankle sprain that sidelined him. He started one other game and for the season has a career-low 57.8 completion percentage with six touchdown passes and six interceptions.

The Panthers waived Mayfield at his request, ESPN reported. He will now be available on waivers to the other 31 NFL teams, and if no one claims him by Tuesday afternoon, he will become an unrestricted free agent.

One team that could show interest is the San Francsico 49ers, who lost starter Jimmy Garoppolo for the season after he broke his foot Sunday. If that happens, Mayfield will be reunited with former Carolina superstar Christian McCaffrey, who the 49ers acquired earlier this year.

Leaving Garbage Out Has Consequences: NYC Is Being Taken Over By Rats