Congress just gave the weapons industry a massive paycheck. What it means for U.S. defense

Congress authorized a massive increase in spending on weapons and ammunition in 2023, signaling a willingness to continue providing defense contractors the funding they need to deliver on future Pentagon orders, experts told the Daily Caller News Foundation.

The Department Of Defense (DOD) would receive a 9% boost in defense spending, with some of the largest increases occurring in weapons budgets, in 2023 as part of Congress’ yearly funding bill, which allocates a total of $858 billion for defense. Concern that the U.S. lacks the capacity to both support Ukraine and deter China from attacking Taiwan have intensified as the U.S. continues to send billions in aid to Kyiv, but contractors will have to negotiate production challenges in order to supply what Congress and the White House believe they need, experts explained to the DCNF.

“This was not a ‘Christmas gift’ in the sense that defense industry pressure or an insider military-industrial complex led to the defense spending increases,” Eugene Gholz, a professor at the University of Notre Dame and a former senior Pentagon official, told the DCNF. “Congress has been leaning in this direction for several years, and it is the mood of the Washington consensus right now to throw money at defense.”

Since President Joe Biden submitted his initial funding request in March, Congressional appropriators estimated the industry would require an additional $1 billion to meet the same procurement thresholds. The National Defense Authorization Act and follow-on funding bill decreases the size of the U.S. army but adds funding for weapons, setting aside $162.2 billion for the defense industry, or roughly $17.2 billion more than Biden’s request, Inside Defense reported. 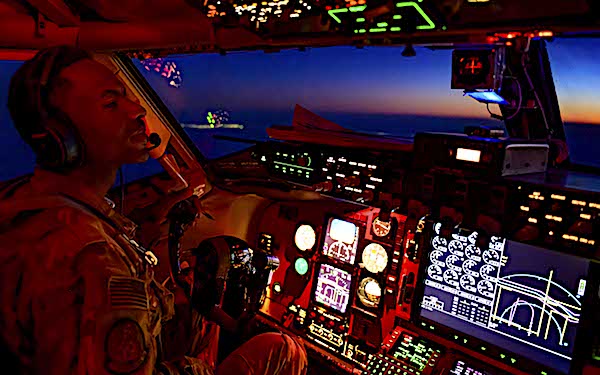 Should more money be spent on U.S. defense now?

In addition, $17 billion of the $45 billion emergency financial assistance approved for Ukraine is destined for the defense industry.

“It’s not more money for the same stuff. It’s the DOD realizing we haven’t invested enough for years and now we have to catch up,” Maiya Clark, a senior research associate at the Heritage Foundation, told the DCNF.

The war in Ukraine has severely depleted U.S. and European weapons stockpiles, generating heightened demand to replenish those reserves, while countries are seeking to grow and modernize their capabilities to guard against the effects of Russia’s war and the increasingly belligerent China and North Korea. White House National Security Adviser Jake Sullivan said on Dec. 16 the Ukraine crisis had exposed existing vulnerabilities in the defense industrial base that would need to be addressed.

“The diversion of existing stocks of weapons and munitions to Ukraine and pandemic-related supply chain issues has exacerbated a sizeable backlog in the delivery of weapons already approved for sale to Taiwan, undermining the island’s readiness,” the U.S.-China Economic and Security Review Commission recently found. The backlog of deliveries to Taiwan has reached $18.7 billion, according to The Wall Street Journal.

For the second year in a row, the Pentagon has clocked an average 4.3% budget increase year over year after factoring in inflation, compared to 1% for the years from 2015 and 2021, according to an analysis the Center for Strategic and Budgetary Assessments completed for The New York Times and shared with the DCNF. Defense spending is approaching levels not seen since the height of the wars in Iraq and Syria in real dollars.

“That obviously will help defense contractors, but that’s not why we’re doing it,” Lawrence Korb, a former assistant secretary of defense at the Pentagon and vice president at Raytheon, told the DCNF.

Spending on weapons for the Army would jump 55%, while the Navy would see a 47% boost for 2023, the NYT reported. That includes $2.2 billion beyond what the DOD requested for a Navy ship and $1.8 billion to stave off a funding shortfall for F-35 fighter jets.

The NDAA outlined an authority for the Pentagon to issue multi-year contracts for certain critical munitions rather than waiting for Congress to authorize new opportunities each year, which could infuse the industry with a sense of greater long-term stability. Congress also set aside $924 million to help the defense industrial base, struggling with supply chain clogs and worker shortages, to expand production capacity to meet heightened demand.

Congress is also using oversight authority to monitor how defense needs line up with industry capacity and ensure “DOD is buying the stuff that is the highest priority for our defense,” Clark said.

“It’s just more business that needs to happen,” she added.

As Congress snowballs the procurement budget, major defense contractors will scramble for DOD contracts, but experts said some challenges industry players have struggled with over previous years are not likely to disappear soon.

“The defense industry will be glad to ramp up — and, of course, that costs money in terms of higher per-unit costs for rushed production,” Gholz explained.

It will also take time — up to two years to meet the Javelin production target of 4,000, Mark Cancian, senior adviser at the Center for Strategic and International Studies, explained to the DCNF. Companies can easily scale up production for most systems by increasing the number of man hours spent on production lines, many of which operate below 40 hours per week, Cancian continued.

Still, contractors posted losses through the third quarter of 2023 compared to the year prior. Company officials attributed ongoing supply chain knots and worker shortages for the struggle to meet Pentagon demand, while inflation cut into expected profits.

Those hurdles will persist, Clark predicted, meaning contractors will “have to be creative” in overcoming them. “You don’t know where the problem is until you run up against the problem,” she said.

“There are people whose job it is to work on these problems,” Gholz told the DCNF. “We should not blithely assume that they are all bad at their jobs just to ratchet up our fears that we somehow won’t have enough weapons at some point in time.”

My neighbor died and left me his house …

Verdict in for Jan. 6 rioter who ‘posed for photos’ at Nancy Pelosi’s desk