Washington Post discovers that there was slavery in the US

The Washington Post is apparently in the midst of a year-long investigation into the relationship between the US Congress and slavery.

Who knew? I certainly didn’t, because I generally don’t look to newspapers to explain American history to me. The last time one tried to do so we got the 1619 Project, which is reviled by everybody but Robin DiAngelo and Ibram X Kendi. As for historians, everybody from Left to Right thinks the project was bunk.

The Washington Post, being less ambitious than the NYT, is giving us a dime-store version of the 1619 Project which relies more on innuendo than outright falsehoods to slander America’s Founding.

The first piece in the project revealed that there were slaveholders in Congress, breaking news that had been suppressed for centuries.

What struck me first about the piece was the bylines–a Washington Post “Local” reporters whom you would expect to be covering crime and city government, and two graphics designers. This collection of authors explains both why the piece is so stylishly done and yet so vapidly reported.

It seems to me that if a “Local” reporter in the DC area wanted to find something scandalous there are contemporary stories of far more import to explore. But what do I know?

Exclusive: A Washington Post investigation of more than 400 artworks in the U.S. Capitol building found that nearly one-third honor enslavers or Confederates. https://t.co/VTLeBgfpG0

I stumbled upon the existence of this series by running across a deeply reported investigation of the artwork in the Capitol. In a stunning revelation, the author Gillian Brockell exposed that many of the artworks displayed at the capitol include depictions of slaveholders, or as she calls them “enslavers.”

The word “enslaver” shows up 98 times in the story, which must be some sort of record. This must be the new politically correct term for slaveholder. Who knew? Brockwell’s piece wants to ensure that you know beyond doubt that the only important thing to know about George Washington and company is that they enslaved people.

It turns out that 1/3rd of the artworks at the Capitol depict “enslavers” or Confederates, surprising precisely nobody with the most basic grasp of American history.

Readers, I assume, are supposed to be shocked by how insensitive it is to have the depictions of White male enslavers at the Capitol. As if America’s troubled history with the institution of slavery is a dirty little secret just now being revealed through the investigative reporting done by our nation’s great newspapers.

But of course we are not, because even in America’s worst schools students will have encountered (I hope) a bit of history, such as the existence of the Civil War and the Emancipation Proclamation. In fact, the existence of slavery at America’s founding is the worst kept secret in the world, endlessly discussed. Slavery was hotly debated both during and long after the Declaration of Independence and the adoption of the Constitution.

It is unsurprising, then, to discover that many of the artworks depicting the history of our Founding and the early years of country include depictions of people who owned slaves. It would be surprising if they didn’t. Precious few of the Founders had no connection to slavery in some fashion. 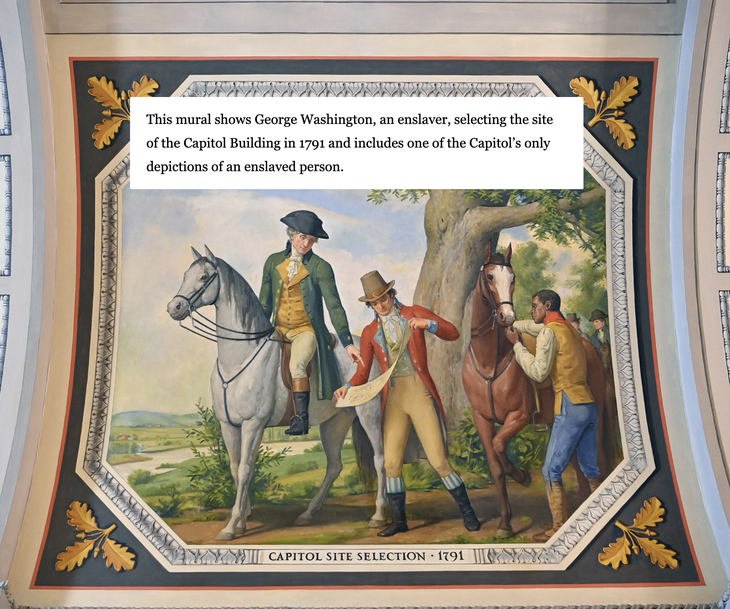 The Post lovingly maps all the locations where the offending artwork is placed, as if this adds some important context to the story. What I see here is that the Post spent a lot of money helping a reporter play hooky at the Capitol when she should have found some actual news to write about. This had to be a lot more fun than covering DC City Council meetings. 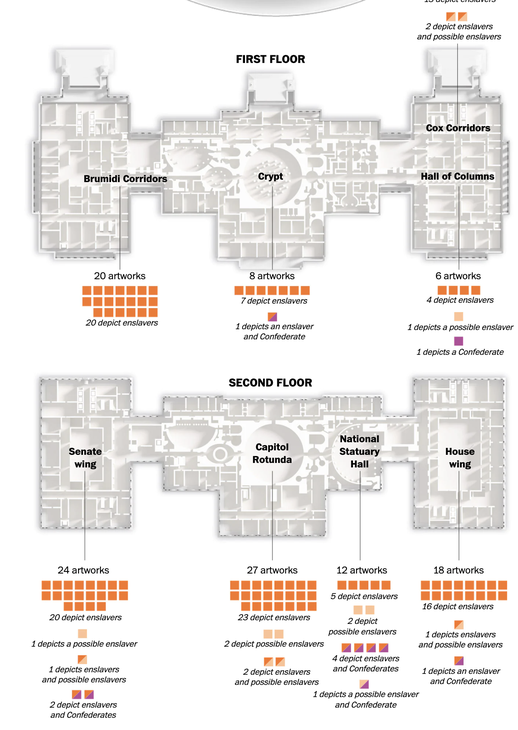 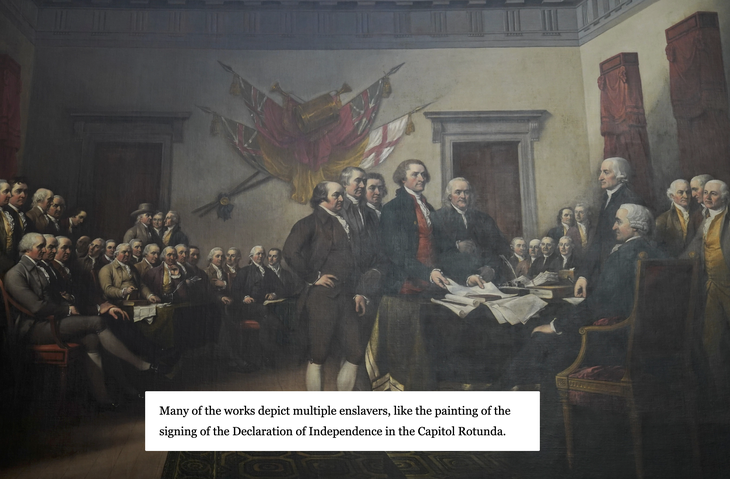 And repeat it. 98 times. Including superimposing the word directly over some of the most iconic works of art in American history.

We get it. America bad. Irredeemable. Please shut up now.

The real point of the piece becomes clear at the end:

Rep. Kevin McCarthy (R-Calif.), who is likely to be House speaker in the next Congress, did not respond to questions about his plans forthese artworks.

Now that Republicans are retaking the House, they are responsible for honoring each and every “enslaver” depicted at the Capitol. This is proof–as if you need it–that Republicans are just one election away from returning every black American to chains.

The “Most Exhausting Person of 2022 Award” goes to…

The unpopular Damar Hamlin take that needs to be said