This is either a bizarre coincidence or evidence that a Narrative™ decree has gone out.

(No, I don’t think there are actual decrees…mostly).

Yesterday I wrote a piece about Scientific American’s rather odd republishing through tweet of an article originally published in 2020. In it, the author argued that the medical establishment and our society as a whole stigmatizes obesity because Black women are the most obese demographic in America. People can be “healthy at any size,” and focusing on obesity as a health problem is racist.

Now one day later Time Magazine is promoting an article that argues that exercise has White supremacist roots. Two can be a coincidence, of course, but this is one hell of a coincidence. Who wants to be that there will be a series of fat acceptance and anti-exercise pieces across the internet over the coming days?

The White Supremacist Origins of Exercise, and 6 Other Surprising Facts About the History of U.S. Physical Fitnesshttps://t.co/SRwSLRpnCV

Your book Fit Nation starts out by talking about how fat was something to aspire to and that was a sign of wealth and healthiness. How did Americans go from a mentality of “fat is good” to “skinny is better?”

One of the things I set out to do in this book is to look at the change in how we think about our bodies and what’s considered attractive. Until the 1920s or so, to be what would be considered today fat or bigger, was actually desirable and actually signified affluence—which is like the polar opposite of today, when so much of the obesity epidemic discourse is connected to socio-economic inequality and to be fat is often to be seen as to be poor.

This argument has surface plausibility, but is largely untrue. A few brief moments of thought demonstrates this to be false. Think about all the cultural artifacts from the 19th and 20th century you are familiar with. Cartoons, movies, paintings, whatever. It simply isn’t true that being fat was admired. The bad guys were “fat cats,” the Robber Barons were portrayed as fat. It is correct that wealth and fat were associated, but this wasn’t a good thing. It was symbolic of their rapaciousness and gluttony.

Soft hands, not soft bellies were admired as symbols of wealth.

Politico even has a convenient one-stop shop for viewing political cartoons featuring “fat cats,” and you don’t walk away from it thinking that people in the 19th century associated being fat with being good. The association between being fat and being gluttonous goes back to the Bible, and while the optimal size for being considered beautiful has varied over time and culture, it rarely extends into the rotund. People find examples when they look, but they are striking because they are rare.

Think Uncle Sam, the character the country has adopted as its mascot. Is he fat? Quite the opposite.

It’s a cheap and easy argument to make that well-toned bodies have been admired only recently, but that is actually false. It is equally facile to point to the anorexic extremes found in some 20th century fashion magazines as proof that Americans fetishize extreme thinness, you have to put that in this context: our fashion industry is filled with people so unlike the average American that they design stuff like this: 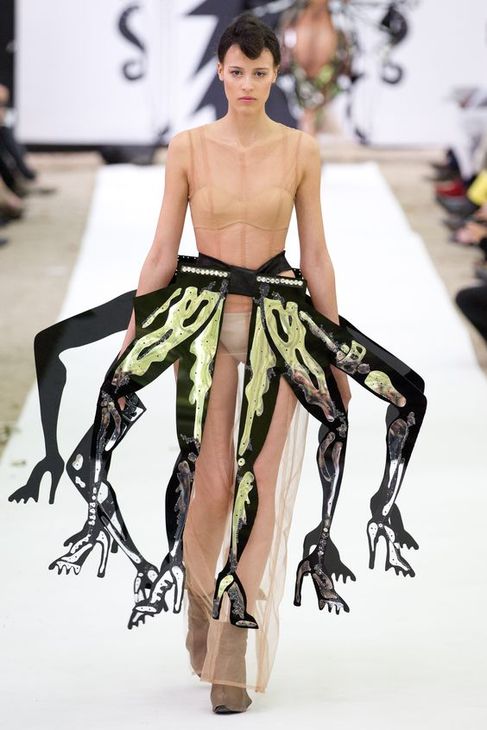 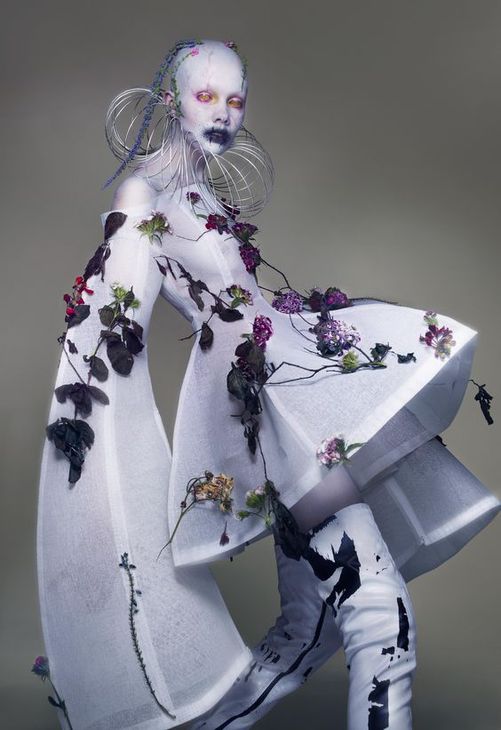 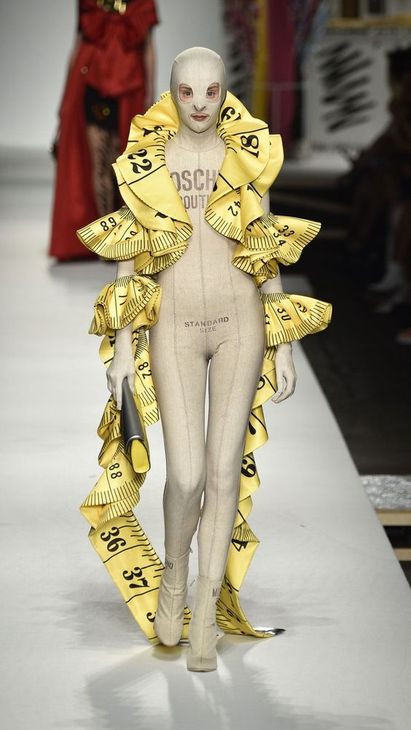 Since I never see anybody in the real world dressing like this, I suspect that the choice of models made by fashion houses isn’t reflective of American or European tastes in clothing. I’d look more to Bond girls and Playboy models of old to get a sense of what men are more interested in.

What’s the most surprising thing you learned in your research?

It was super interesting reading the reflections of fitness enthusiasts in the early 20th century. They said we should get rid of corsets, corsets are an assault on women’s form, and that women should be lifting weights and gaining strength. At first, you feel like this is so progressive.

Then you keep reading, and they’re saying white women should start building up their strength because we need more white babies. They’re writing during an incredible amount of immigration, soon after enslaved people have been emancipated. This is totally part of a white supremacy project. So that was a real “holy crap” moment as a historian, where deep archival research really reveals the contradictions of this moment.

Your book talks about how, at one point, America’s focus was on exercising so we could have a population that was ready to go to war. What is health and fitness culture training us to do? How has that expectation evolved over time?

During the New Deal [of the 1930s], the Civilian Conservation Corps would recruit out-of-work or impoverished, scrawny men to go work in the forest and on public works projects. One of the ways that they marketed this was “it puts muscles on your bones.”

That really picked up during the Cold War. Right after World War II, you start to have more concern about Americans getting soft, this idea that the things that made America great—like cars and TV sets—were actually taking a toll on Americans’ bodies. Presidents Eisenhower and Kennedy went on a mission to make exercise look wholesome and patriotic and focus on shifting the purpose of exercise to being a good citizen and defending your country.

So exercise is about White Supremacy and colonialism or something….

You can see how history is being reframed through an ideological lens here, and on how staying fit and healthy are simply tools used to oppress others.

This is such a deviation from reality that there must be an ideological point being made, and it’s clear what it is: the drive to be a healthy weight is a form of oppression.

There is nothing surprising about fat people themselves making the case that their own obesity should be normalized. It sucks to be fat, and getting rid of the extra weight is super hard. It would be so much easier to have everybody around you affirm how beautiful you are.

The real question is: why is the movement being led by people who themselves are healthy and fit? Such as the author of the book being reviewed here: 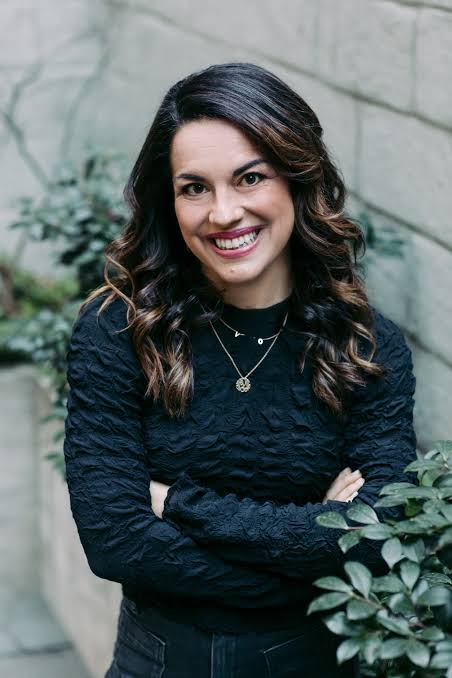 It’s almost as if they want society divided between a wealthy and healthy class and a fat and (un)happy one.