‘It is our hope that New College of Florida will become Florida’s classical college, more along the lines of a Hillsdale of the South’

Florida Gov. Ron DeSantis announced today the appointment of prominent critical race theory opponent Chris Rufo to the Board of Trustees of a public liberal arts college in Florida.

Rufo, who has “led the fight against critical race theory in American institutions,” will serve on the board of the New College of Florida, a public liberal arts honors college in Sarasota, according to a news release from the governor’s office.

The office announced five other appointees, including several who also boast conservative pedigrees and experience.

Charles Kesler is a professor of government at Claremont McKenna College and editor of the Claremont Review of Books, a highbrow conservative intellectual publication.

Mark Bauerlein is an emeritus English professor at Emory University and senior editor of the conservative Christian publication First Things. During his tenure as professor, he often spoke openly against progressive ideologies taking over higher education.

The Daily Caller reported that the “13-member board now has enough members to reshape the public college’s ideological courses and campus environment.”

James Uthmeier, chief of staff for DeSantis, told National Review “It is our hope that New College of Florida will become Florida’s classical college, more along the lines of a Hillsdale of the South.”

The Review paints the New College of Florida as currently deeply embedded with left-leaning progressive ideologies, but the plan is to “refocus NCF.”

“The BOT has the power to act without recommendation from the president of the college and to fire the president,” it reported. “It can also ‘adopt a strategic plan specifying institutional goals and objectives that are in alignment with the College’s mission.’ On the matter of curricula, the BOT decides whether to establish or discontinue degree programs and course offerings, according to NCF bylaws.” 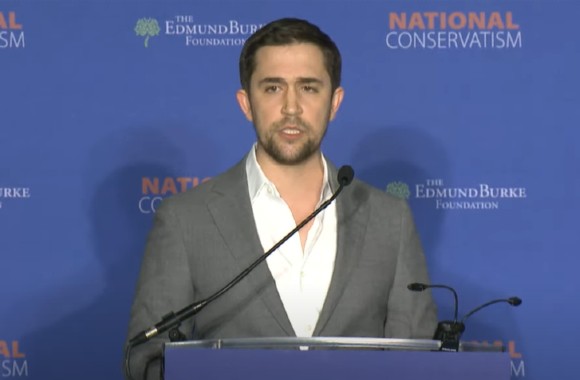 Rufo, a senior fellow at the Manhattan Institute, has in the last several years become one of the most prominent figures associated with higher education reform when it comes to opposition to critical race theory and diversity, equity and inclusion curricula and policies. His writings have been featured in outlets ranging from NPR to Fox News, and he has a master’s degree from Harvard.

“Rufo’s research and activism inspired a presidential order and legislation in fifteen states, where he has worked closely with conservative governors and lawmakers to craft successful public policy,” the governor’s news release stated.

Another DeSantis appointee is Debra Jenks, an attorney and an arbitrator for the American Arbitration Association who currently serves on the Fourth District Court of Appeal Judicial Nominating Commission. Jenks earned her bachelor’s degree from New College of Florida, the release stated.

Appointee Jason “Eddie” Speir, is the co-founder, chairman and superintendent of Inspiration Academy, a private Christian school in Bradenton, Florida, for students in grades 6-12, the release stated.

The appointments are subject to confirmation by the Florida Senate, according to the release.

MORE: Chris Rufo releases guide on how to define and push back against critical race theory