Buffalo Bills player Damar Hamlin makes a tackle, gets up, and immediately falls down. Every commentator immediately declares that Hamlin’s medical emergency is due to “commotio cordis.” Or so it seems. Any discussion of the possibility of the COVID vaccine’s involvement is “lies.”

I serve as a medical information resource to an Orlando political talk show called “The American Adversaries.” So, when this very public medical event happened, I became Chris Hart’s on-air guest. His co-host is Mike McBath, a former Detroit Lions player who is still actively involved in player issues. While doing my homework, I found lots of doctors making diagnoses. It did not matter whether the vocalist was in the front or the back row, he was singing in unison with the choir. This raises a serious question for these doctors. “Didn’t your medical school make you take a class on ‘differential diagnosis’?”

Let me ‘splain this for you. If you have high blood pressure, your doctor should do a good history, an examination, and some tests before he decides on the proper treatment for your blood pressure. Do you have:

The point of all this is to make certain that the doctor is tackling the actual problem causing the high blood pressure. If he doesn’t, you’ll get a treatment that, at best, won’t help and, at worst, might be dangerous. Most of us are familiar with this in the epidemic of diagnosis of Attention Deficit Hyperactivity Disorder. Lots of bright kids are getting (mal)treated with medications when their only problem is that they’re bored in school. The proper treatment for them is more challenging school work, not medications.

Just as hypertension and bored kids need proper diagnoses, the Damar Hamlin incident cries out for the same. And all those doctors making armchair diagnoses should slow down until they see all of Hamlin’s chart. In particular, they should stop claiming that anyone who implicates the clot shot is spreading misinformation. I haven’t seen Hamlin’s chart, so I can’t say for certain what caused his cardiac arrest, but I can be responsible and explain what may have happened. Notice that I said “may,” not “did.”

There are at least four possibilities that must be in the differential for Hamlin’s arrest.

It’s crucially important to understand that those four don’t include all the “rare birds” listed by Dr. McCullough. Further, all of them would look exactly the same during the seconds from contact to collapse. All of them would stop his heart from pumping at the same moment. From the time his heart stopped until he passed out would be on the order of ten to fifteen seconds. That’s simply because your brain and body haven’t used up the oxygen the bloodstream already delivered.

Anyone who has watched a hunting show knows that an elk or moose can run hundreds of yards before collapsing, even after its heart has been destroyed by the bullet.

Ditto for Damar Hamlin. He made the tackle, stood up, and fell over when his brain and muscles exhausted the oxygen they already had.

We can wipe one of those choices off the list right away. Top-line professional athletes get really serious cardiac exams before their team signs the final contract. So, Hamlin is virtually certain no to have had any big-time anatomic or electrical problems with his heart before he joined the Buffalo Bills.

Don’t run out of coffee if the supply chain breaks down. Stock up on delicious coffee that’s freeze-dried and sealed to keep it fresh for decades. On sale NOW for under $0.12 per cup!

Commotio cordis (Latin for “commotion of the heart”) happens when a small dense object impacts the sternum (breast bone), creating an electrical impulse at exactly the wrong moment in the cardiac cycle. This “R on T” phenomenon puts the heart into ventricular fibrillation, a rhythm that doesn’t pump any blood. This is the “diagnosis” being shouted everywhere in the internet. But nobody claiming “This is it!” has a clue. There just isn’t any public medical data on Hamlin’s event. All we have is the Monday Night Football video and a clock.

Commotio cordis is most common in teenagers, whose chest walls are more flexible than adults. But even there, it’s rare, with only twenty or so cases in the US each year. Common missiles are softballs, hockey pucks, and similar small items. They strike the sternum, in the center of the chest, very close to the heart.

In Hamlin’s case, a frame-by-frame inspection of the event shows that the runner’s right shoulder pad struck Hamlin on the right side of his chest. This pad is designed to reduce impact forces, so it’s very unlikely that it would have generated any appreciable shock.

In fact, multiple knowledgeable observers, including Mike McBath, have commented that there was nothing unusual about the tackle. Hamlin was throwing the runner to Hamlin’s left as the runner tried to escape around Hamlin’s right. The runner’s helmet never impacted Hamlin’s chest.

Everyone has a MyPillow and MyStore promo code and they all offer the same discounts. Support Mike Lindell AND an America First news outlets that does NOT bow to Google ad dollars. Use promo code “JDR” or call 800-862-0382.

This doesn’t mean that commotio cordis has been completely ruled out. It just makes it much less likely. And there are two other possibilities we must consider. The first is that Hamlin was in that short window for myocarditis and sudden death after the mRNA COVID shot. With no information to confirm this, we must put that in the “question mark” box.

A closely related possibility is chronic myocarditis from the COVID shot. This creates a susceptibility to adrenaline, leading to bad heart rhythms. In fact, it appears that all sudden death incidents, both after COVID and COVID shots, are directly due to surges of adrenaline.

Once again, Mike McBath confirms that during a game, at the moment of intense activity like making a tackle, personal adrenaline peaks. If Hamlin had this sort of subclinical chronic injury from the mRNA shot, the moment of the tackle could easily have set off a lethal event.

The events after Hamlin’s collapse also point us to the “vaccine,” which we know he had taken because he is not one of the two Bills who did not get the full original course. He was defibrillated very quickly, and this should have been able to convert him to a stable rhythm. But it took nine minutes to get a stable heart rhythm re-established. This suggests more serious underlying pathology, as we’d expect with a vaccine injury.

The economy is tanking and a “Digital Dollar” is in the works. Don’t procrastinate. Move wealth and retirement funds to physical precious metals and/or a self-directed IRA with America First companies who aren’t helping Democrats, the WEF, or the CCP. Here are three such companies who can help you immediately.

But the information we have lines up better with a vaccine injury. Finally, I do not have high hopes for complete recovery. A nine-minute resuscitation is likely to lead to severe brain injury from lack of oxygen. But his early recovery of language function does point toward a better outcome than most.

The NFL should mandate that all its players and staff be examined for vaccine-induced cardiac injury. It would be a great service to them and to America. 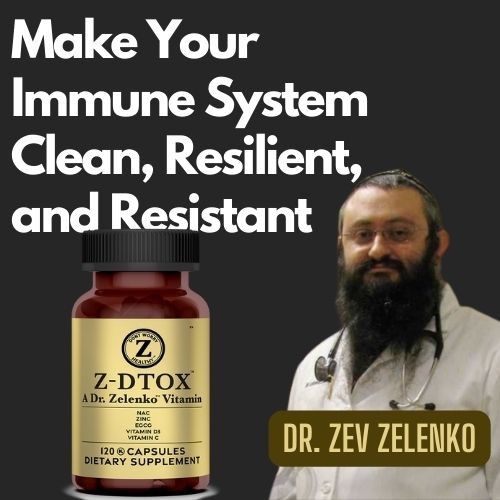 Don’t wait until the stock market takes a another dive. Move wealth or retirement to precious metals ASAP. Out of over two dozen precious metals companies we’ve vetted out, only THREE qualified as America-First companies. Their executives don’t donate to Democrats and they don’t do business with proxies of the Chinese Communist Party. Go to Our Gold Guy for the personal buying experience with Ira Bershatsky. Go to Genesis Gold Group, the only fellowship-driven precious metals company. Or go to GoldCo which Stew Peters recommends.

‘The Biggest Fraud in a Generation’: Hundreds of BILLIONS in ‘Covid Relief Funds’ Have Gone Missing

Welcome to Hotel California: Lawmakers Move to Tax People Who Have Left the State