(Photo by Laura Chouette on Unsplash)

China expert Gordon Chang, author of “The Coming Collapse of China,” is warning the United States needs to end current discussions with TikTok over its data security and shut down the software.

Or else require that it be sold to American interests.

TikTok, a video-sharing app, has been controversial for some time because of the fact it’s China owned and the data it collects from millions of Americans finds its way to the Chinese Communist Party for analysis. President Donald Trump tried to end its use in America, but Joe Biden restored it.

Chang wrote at the Gatestone Institute, where he is a distinguished senior fellow and a member of its advisory board, that, “The Biden administration should terminate the seemingly endless discussions and either require TikTok to stop operations in the U.S. or force its Chinese owner to sell the app lock, stock and barrel to American parties. No other solution is acceptable from national security and First Amendment points of view.”

He said Biden has failed so far to counter the “known threat” from the TikTok platform, a part of “the Communist Party’s assault on America.” 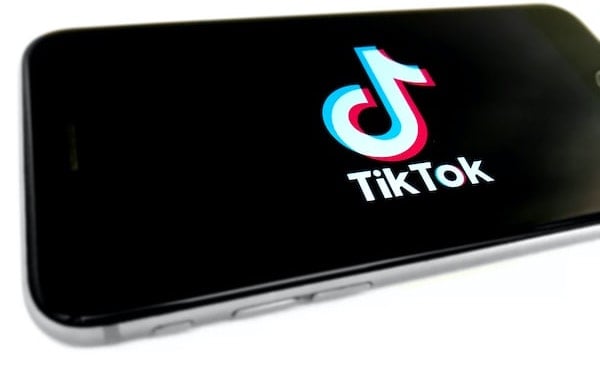 (Photo by Franck on Unsplash)

“China wants to tap TikTok data for, among other purposes, blackmailing and intimidating Americans,” he warned. “TikTok and its owner ByteDance have repeatedly made promises about the security of personal data of Americans, but they have violated all pledges.”

He explained the most recent details show that TikTok is tracking the locations of U.S. users.

Should TikTok software be banned in America?

“On December 22, 2022, ByteDance announced it had fired four workers who had, according to the company, improperly accessed location data on two journalists and other users in the United States. The fired employees were attempting to find who had leaked internal company documents to BuzzFeed and the Financial Times,” Chang wrote.

He explained, “BuzzFeed reported on June 17, 2022 that audio recordings of more than 80 internal TikTok meetings showed that ByteDance employees had accessed nonpublic U.S. user data from September 2021 to the following January. ‘Everything is seen in China,’ a member of TikTok’s Trust and Safety Department said in September of last year. A ‘Beijing-based engineer’ known as ‘Master Admin’ had ‘access to everything.'”

Chang noted, “TikTok had said it never shared user data with the Chinese government and would not do so. The BuzzFeed reporting demonstrated that this assurance and similar ones were false.”

He said under Chinese law, ByteDance, a private company, “is under a compulsion to commit espionage, as are all China’s citizens and businesses.”

The discussions have been going on for several years as TikTok tries to negotiate “data-protection measures” with Washington.

Latest is its plan for a “proxy” board to run the U.S. data security operations.

The Department of Defense, the Federal Bureau of Investigation, and the Central Intelligence Agency all oppose the plan.

One cited danger is the fact that under its plans, TikTok would control what users see regarding political campaigns.

What killed the housing supply? Government, no question