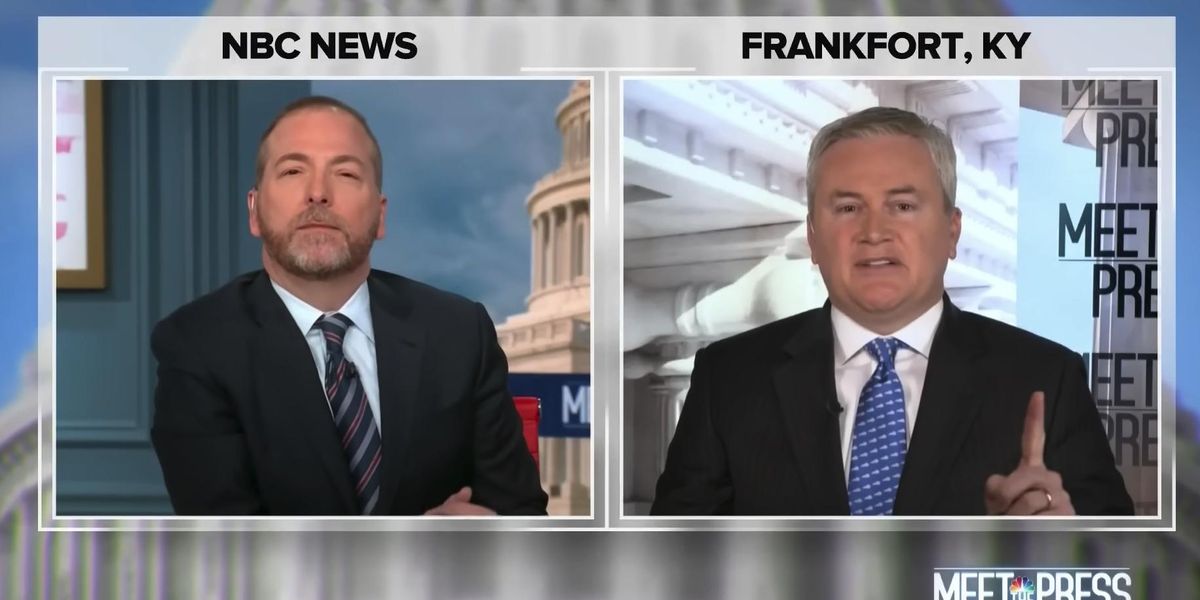 NBC anchor Chuck Todd tried on Sunday to characterize House Republicans’ investigative agenda as overly partisan. But Rep. James Comer (R-Ky.) was having none of it.

After Republicans won the House majority, Comer — the incoming chairman of the House Oversight Committee — promised an investigation into whether Biden was “directly involved with Hunter Biden’s business deals.” Biden has denied any involvement, but House Republicans allege Biden “personally participated in” Hunter’s business dealings.

What happened on NBC?

Todd prefaced his question about the investigation by saying that “many people,” though he did not specify who, are concerned that Republicans will be more “more partisan than professional.” He asked Comer, then, how the GOP will “de-partisanize” the inquiries.

“I think the only people that see this as a partisan investigation are the media and the hardcore Democrats,” Comer said.

“Look, at the same moment that the Democrats on the Ways and Means Committee released Donald Trump’s taxes, they then moments later turned around and said, ‘Comer’s investigation of the Biden family influence peddling is a revenge hearing.’ I mean, are you kidding me?” he continued. “Look, a Harvard poll just came out and said 65% of the Americans believe that the contents of Hunter Biden’s laptop should be investigated.”

Full Comer: ‘We’re going to have to have spending cuts’ in new Congresswww.youtube.com

I think any American who’s kept up with the political process over the past two administrations would agree: We need to know what is allowable and what isn’t allowable with respect to foreign adversarial intervention among family members of presidents of the United States. That’s something that the Democrats complained about with [Trump administration senior adviser Jared] Kushner, and certainly the Republicans, myself included, have complained about with Hunter Biden and Jim Biden, the president’s son and brother.

Though Comer had disarmed Todd’s political questioning, the NBC News anchor followed up by suggesting Republicans were being hypocritical by engaging in practices they criticized.

But Comer quickly shut down the accusation.

“Everything that we have requested we have evidence to back up,” he explained. “There are emails and text messages that show Hunter Biden complaining about having to spend so much money keeping his dad up. I mean, that’s a concern because Hunter Biden’s only [sources] of income were from our adversaries in China and Russia for influence peddling.

“This isn’t political,” Comer stated. “We want to know, was the president truthful when he said he didn’t have any knowledge or involvement of his family’s shady business dealings? Once we’ve determined that, we’ll move on.” Former DNC staffer: I was thrown out of restaurant for ‘standing up to a Nazi’ — a MAGA-hat wearing customer minding his own business

6 people shot and killed in California, including a mom and her 6-month-old baby; police believe it’s gang-related