The wife of Byron Donalds took to Twitter this morning to explain that the most racist attacks she and her husband get always come from the left.

She says they can’t stand that Byron, a free thinking black man, is successful and they hate that he’s married to her, a white woman.

Byron and I have been together for 23+ years, and the most racist attacks we experience are always from the left. They can’t accept that a free thinking black man achieves success on his own merits, and they sure as heck can’t stand that he’s married to me!
Cry harder, haters. pic.twitter.com/Xl4vpv3jKT

I love how she says ‘cry harder, haters.’

In the tweet she posted screenshots of the attacks she and Byron have been getting. Since it’s hard to see them in this format, I’ll post a few of the screenshots below. 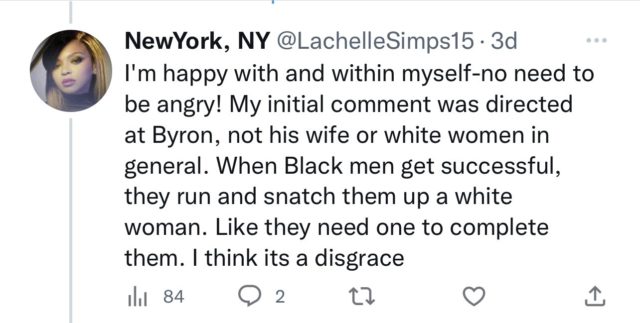 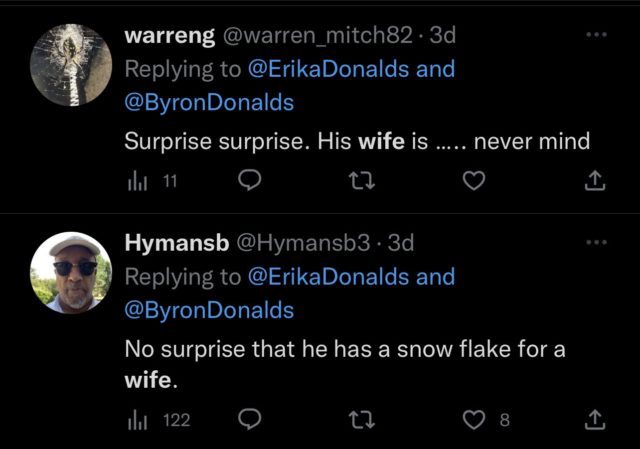 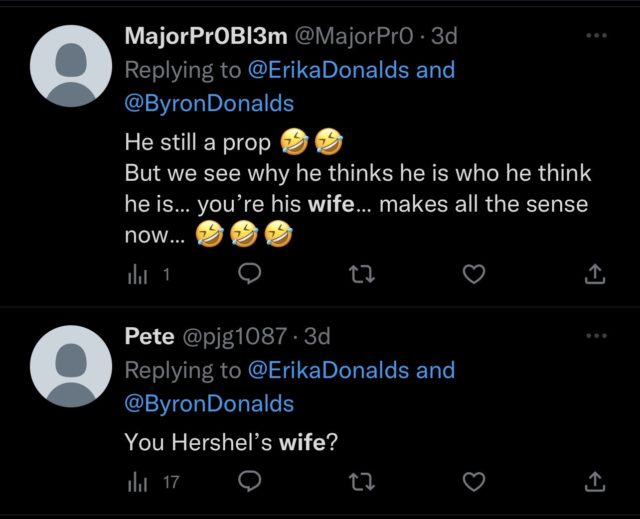 The tweets speak for themselves. And I’m sure this is only a smattering of them.

This comes after last night’s interview on MSNBC where Joy Reid insinuated that Byron Donalds is a token black man being used by a white Republican Party.

I know Erika has been on Fox News before, but this is the first time I’m seeing her and I think I like her a lot.