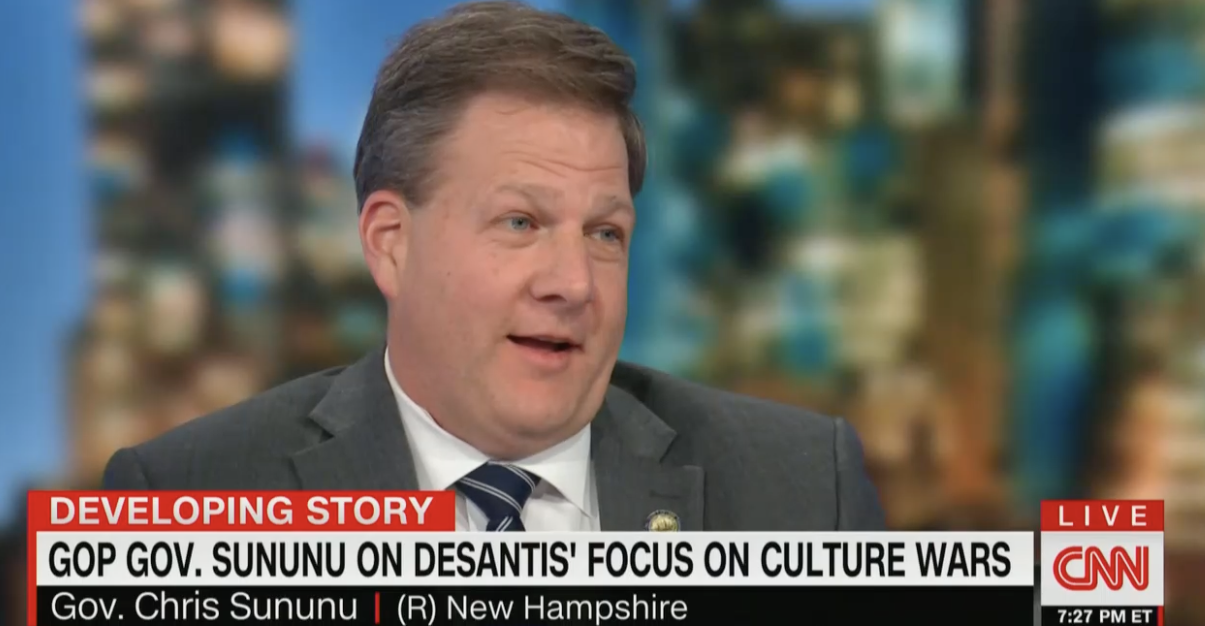 New Hampshire Governor Chris Sununu (R) said he appreciates the job Florida Governor Ron Desantis (R) is doing, but it is not his job to use government to “fix woke.”

The host asked the governor about his thoughts on the 2024 presidential race. She noted Trump has declared and pointed out DeSantis is being floated as a candidate.

“Ron DeSantis, as of now, he’s got a record in his state,” she said. “But there’s one thing he seems to be emphasizing, and it is this.”

Burnett aired a series of clips where DeSantis called out “wokeness” at numerous events.

“Is that effective?” she asked Sununu of a video where DeSantis said Florida is where “woke goes to die.”

“There are many in your party saying this touches on a cultural trend,” Burnett added.

Sununu praised DeSantis as a good governor but said he does not believe it is the job of the government to intervene in culture wars.

“I think he’s absolutely right that the wokeness is really invading this culture in a very negative way,” Sununu said. “Now, where we might disagree is should the government come in and fix woke? Well, the government is never useful at coming in and fixing a cultural issue.”

I think we have to attack it in America. But I’m a free market guy. I don’t think the government should be here trying to fix everything. If a business wants to be woke, I don’t agree with it, I completely disagree with it.

Watch above, via CNN.

Are Athletes Dropping Dead From the Covid Jab?