Japan sells Tokyo as US linchpin of security against China, Russia


Japan sells Tokyo as US linchpin of security against China, Russia  | The Hill

Japanese Prime Minister Fumio Kishida’s visit with President Biden is aimed at selling Tokyo as the linchpin of eastern security and a bulwark against Chinese and North Korean aggression.

It’s part of a historic shift for the island nation, which has committed to growing its military and shirking off its pacifist policy that was self-imposed in the aftermath of World War II.

Japan has also joined sanctions against Russia over the Ukraine war, though it has not provided lethal aid to Kyiv.

“Japan has really broken out of the kind of postwar mold, if you’d like, of hesitancy about its military,” said Sheila Smith, senior fellow for Asia-Pacific studies at the Council on Foreign Relations

“So we have a new Japan on the world stage, in some ways, that is less hesitant about the need for military power as one of the arrows in the quiver of its statecraft.”

Meeting in the Oval office on Friday, Biden described Kishida’s Washington visit as a “remarkable moment” for the U.S. and Japan alliance.

“I don’t think there’s ever been a time when we were closer,” the president said.

“Let me be crystal clear: The United States is fully, thoroughly, completely committed to the alliance and, more importantly, to the defense of Japan.”

Kishida on Friday said that the U.S. and Japan are “facing the most challenging and complex security environment in recent history.”

Japan’s commitment to double its defense spending over the next five years was widely welcomed in Washington, and Tokyo is walking away with concrete gains from the Biden administration.

This includes upgrading U.S. troops stationed in Japan with increased capabilities such as advanced intelligence and surveillance, Biden officials said. The U.S. and Japan are also expanding their mutual defense commitments to cover space and cybersecurity.

The administration has also endorsed Japan’s decision to develop counterstrike capabilities. This would allow Tokyo to defend itself from incoming missile attacks and launch strikes against aggressors – likely North Korea or China.

Japan has identified China’s military buildup as a threat to Tokyo, and sees Russia’s invasion of Ukraine as having the potential to spill over in the Indo-Pacific region.

“As Russia’s aggression against Ukraine attests, the international community, of which Japan

is a member, is facing serious challenges, and has plunged into a new crisis,” the government wrote in its National Defense Strategy published in December.

“In the future one cannot rule out the possibility of serious events taking place in the Indo-Pacific region, particularly in East Asia, that might shake the foundation of the stable post-war international order.”

Japan joined U.S. and European sanctions on Russia and has sent Kyiv humanitarian and defensive assistance.

In June, NATO members took an unprecedented step by inviting Japan to join the summit meeting that took place in Madrid.

Jacob Stokes, senior fellow for the Indo-Pacific Security Program at the Center for a New American Security, called it “an incredibly important time” in Japan’s defense policy and the U.S.-Japan alliance.

“You’re really seeing a very foundational change in Japan’s approach that is reflecting what they see, rightly, as a very severe security environment in Northeast Asia. Of course the challenge from China, but also threats from North Korea and Russia as well,” he said.

“From a U.S. strategic perspective, Japan is really the cornerstone of our engagement with the region. Arguably, the most important country relationship the U.S. has in the Indo-Pacific.”

Kishida arrived in Washington for the final stop of a five-nation tour that took him to Group of 7 nations France, Italy, the United Kingdom and Canada.

Japan holds the presidency of the G7 for 2023 and will host the leaders summit in Hiroshima in May – the site of the first detonation of an atomic weapon by the U.S. Japan is also chairing the United Nations Security Council for the month of January, part of its two-year stint as a nonpermanent member of the U.N. Security Council.

Tokyo is looking to use both venues to increase calls for the disarmament and nonproliferation of nuclear weapons. This comes as Putin has threatened the use of nuclear weapons in Ukraine, as China has increased its stockpile and as North Korea lays the groundwork for a possible nuclear weapons test.

“Japan feels very strongly on issues of nuclear disarmament and the need to mitigate the risk of the use of nuclear weapons,” said Smith, of the Council on Foreign Relations.

Tokyo is balancing that advocacy with its pursuit of a military expansion. It signed a defense pact with the U.K. on Wednesday and has fully aligned itself with what U.S. and European allies define as the defense of the “rules-based” international and economic order.

“It’s an interesting recognition, I think, that the Indo Pacific allies – Japan, first and foremost – are aligned now with our European allies in a very different way than they have been in the past. And that is, again, thanks to Vladimir Putin,” Smith continued.

“You now have a very similar language coming out of our European allies and our Indo Pacific allies, led by Japan, that this is really a moment of challenge for the postwar order.”

One area where the Biden administration and Japan are not fully aligned is Washington’s refusal to respond to Japan’s requests to join a regional trade agreement – formally called the Comprehensive and Progressive Agreement for Trans-Pacific Partnership (CPTPP).

“So on CPTPP, this is not an option we’re exploring,” White House Press Secretary Karine Jean Pierre said Friday. She said the U.S. is focused on an initiative launched in May, the Indo Pacific Economic Framework.

The CPTPP is a free trade agreement that was formed by the 11 members of the Obama-era Trans Pacific Partnership. Former President Trump withdrew the U.S. from that deal on his first day in office in 2017.

The U.K. is on the brink of ascending to the CPTPP and China and Taiwan have both applied to join the agreement. Smith said that Japan is keen on having the U.S. in the CPTPP as a bulwark against China’s pursuit of joining the agreement.

“There’s a worry, I think, that China, its economic heft will eventually begin to persuade other members of the CPTPP that maybe letting China in, it’s not a bad idea after all,” she said. “And the counterbalance, I think, is what the region is looking for. People may not say it out loud, but the U.S. counterbalance to China is really what this is all about.” 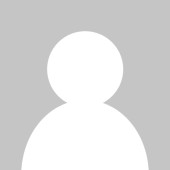