The Latest Move by Speaker McCarthy Has Democrats in a Panic 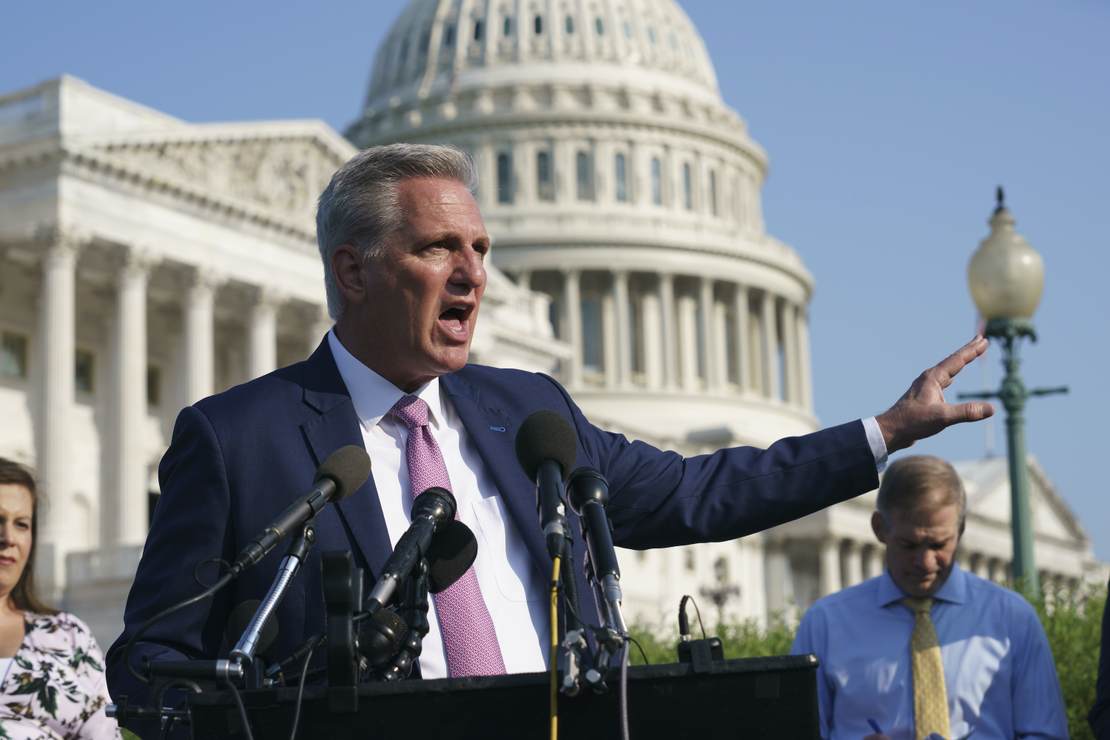 House Speaker Kevin McCarthy (R-Calif.) has so far done a good job at triggering the Democrats by following through with his promises. So far, he’s booted Reps. Eric Swalwell, Ilhan Omar, and Adam Schiff from their powerful committee assignments and established committees to investigate Biden administration corruption.

However, McCarthy has just made another move, and Democrats are terrified. On Thursday, he announced he wants to release roughly 14,000 of security footage from the Capitol riot.

“I think the public should see what happened on that day,” McCarthy told reporters. “I watched what Nancy Pelosi did, where she politicized it, where for the first time, in the history as a speaker, not allowing the minority to appoint to a committee, to pick and choose. We watched the politicization of this. I think the American public should actually see all that happened instead of a report that’s written for a political basis.”

🚨BREAKING: Speaker McCarthy sends DC in utter PANIC after announcing he wants to release ALL FOOTAGE from January 6th pic.twitter.com/XzkzU0VvM2

Why would this terrify Democrats? Well, that’s easy. It’s the same reason why former House Speaker Nancy Pelosi (D-Calif.) repeatedly refused to release the footage: it will contradict the left’s preferred political narrative.

Conservative media has already reported on the existence of footage showing Capitol police letting protesters into the Capitol building, some of which you can see below:

One can only wonder what all the footage will show and how it will contradict the narrative crafted by the left for two years.

One person who was thrilled by the news was Rep. Matt Gaetz (R-Fla.).

“Kevin McCarthy told us he is going to get the evidence out in front of the American people, and that means releasing the 14,000 hours of tapes that have been hidden, that I think would give more full context to that day rather than the cherry-picked moments the January 6th Committee tried to use to inflame and further divide our country,” Gaetz told Charlie Kirk. Democrats Can Be Either Woke or Liberal, but They Can’t Be Both