Lisa Marie Presley’s death at age 54 on Thursday has drawn a string of tributes from across the entertainment world.

“I’m heartbroken over the passing of Lisa Marie Presley. Lisa did not have an easy life, as some might think. May she be at peace, resting with her son and father now.” — Actor Leah Remini also shared on Instagram.

A statement was released by a family spokesman at Graceland adding their tribute:

Priscilla Presley and the Presley family are shocked and devastated by the tragic death of their beloved Lisa Marie. They are profoundly grateful for the support, love and prayers of everyone, and ask for privacy during this very difficult time.

Elsewhere Tom Hanks and Rita Wilson were also among those sending their condolences to the family of “gracious” Lisa Marie.

“Our hearts are broken with the sudden and shocking passing of Lisa Marie Presley tonight,” Wilson wrote in a lengthy social media post. “Tom and I had spent some time with the family during the Elvis movie promotional tour.

“Lisa Marie was so honest and direct, vulnerable, in a state of anticipation about the movie. She spoke so eloquently about her father, what the movie meant to her, that it was a celebration of her dad.

“She had her gorgeous daughters Finley and Harper with her who made us all laugh.” Wilson said Presley had been ‘gracious’ enough to show her round Graceland – the mansion where her father lived in Memphis, Tennessee.

File/Singer Lisa Marie Presley performs at the VH1 Divas Duets, a concert to benefit the VH1 Save the Music Foundation held at the MGM Grand Garden Arena on May 22nd, 2003 in Las Vegas, Nevada. (Frank Micelotta/Getty)

“Our hearts and our prayers go out to Riley, Harper, Finley , Danny and Priscilla,” she said. “A mother should never have to lose a child. Lisa Marie lost her precious son Benjamin, Priscilla loses her only daughter.

“It’s too much. Sending love to the family, prayers for peace and strength. Love, Rita and Tom.”

“It’s hard to take when someone so young and full of life passes on. I feel so bad about Lisa Marie and I wish the best for her children and her family,” Brian Wilson of the Beach Boys shared on Twitter.

“Dear God, #LisaMariePresley has died; I’m in shock. So beautiful and only 54 years old; I can’t actually comprehend it,” Bette Midler said via Twitter. 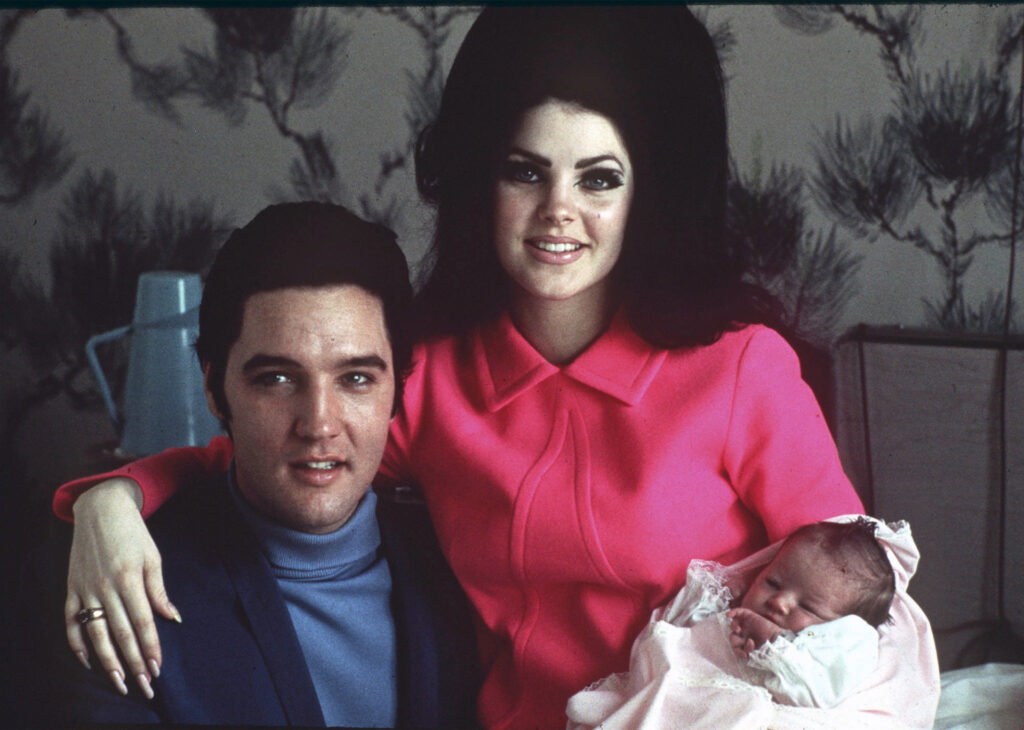 File/Elvis Presley poses with wife Priscilla and daughter Lisa Marie, in a room at Baptist hospital in Memphis, Tenn., on Feb. 5, 1968. Lisa Marie Presley, a singer, Elvis’ only daughter and a dedicated keeper of her father’s legacy, died Thursday, Jan. 12, 2023 after being hospitalized for a medical emergency. (AP Photo/File)

“lisa marie presley… how heartbreaking. i hope she is at peace in her dad’s arms. my heart goes out to her family. too much grief in just a couple of years. #riplisamarie #LisaMariePresley” — singer LeAnn Rimes also on Twitter.

These Are the Healthiest Carbs to Add to Your Grocery List