There’s no politics here.  Washington DC is comprised of magnanimous institutions filled with exceptionally moral people who commit their lives to a career of public service on behalf of this nation.  So sayeth Rod Rosenstein as he takes up a defensive position against the vulgarian horde who do not cherish their rulers with enough reverence, or something like that.

As the story is told, there are only honorable and altruistic officials within the institutions of the U.S. Department of Justice and Federal Bureau of Investigation.  The examples of Robert Mueller, Christopher Wray, Merrick Garland and both special counsels Smith and Hur are presented as evidence to highlight the great fortune of an ungrateful nation.

If Washington DC is a bubble, the great pretending Bubble Boy is Rod Rosenstein.  WATCH (or, transcript Below):

ROD ROSENSTEIN:  Thank you. Glad to be here, Chuck.

CHUCK TODD:  In December, after the appointment of the Trump special counsel, when asked whether you would’ve done it, you said you probably wouldn’t have. How about this Biden special counsel?

ROD ROSENSTEIN: Yeah, I think, Chuck, having made the appointment in the Trump case, Merrick Garland put himself in a position where he really had no choice when this matter came along, unless the preliminary inquiry were to establish that there was no chance that a crime had been committed. And according to what we’ve heard, John Lausch did not make that decision.

ROD ROSENSTEIN: I think, Chuck, you have to differentiate between the political consequences and the practical consequences for the special counsel. For Jack Smith and Rob Hur, they’re conducting independent investigations. They’re going to go evaluate the facts and the law, make their recommendation based upon what they find. So I don’t anticipate that the existence of two special counsels is going to influence the way either one of them goes about their jobs.

CHUCK TODD: To the public it appears – I had somebody use this metaphor with me, and I want to use it, there are two car wrecks: one clearly is an accident, one appears to be intentional. Is that a fair way to look at these two classified document situations?

ROD ROSENSTEIN: I think, Chuck, we should wait until we know the facts. You know, the key fact with regard to the Biden documents, of course, is what did the president know about those documents? Was he aware that they’d been moved? Did he, in any case, in the past five years, has he handled those documents? Was he aware of them? We just don’t know that yet. So I think even that we really can’t speculate, just based on what’s been public record.

CHUCK TODD: Tell me your confidence level in Jack Smith and in Robert Hur.

ROD ROSENSTEIN: Well, these are two professionals who spent extended amounts of time in the Department of Justice. They understand that their goal is to focus on the facts, and law, and apply department policy. And both of these men are not going to be influenced by political pressure.

CHUCK TODD: You feel that they’re both – you said something intriguing to me. You said, “You know, every special counsel starts with sterling credentials, and then the public gets a hold of them.” But would you say that’s the case with both of these gentlemen?

ROD ROSENSTEIN: It’s certainly true of these gentlemen, as it was with people like Ken Starr and and Bob Mueller, that you pick people with sterling reputations who are known for being nonpartisan. But you’re in the political arena where it’s inevitable you’re going to be attacked.

CHUCK TODD: There’s two sort of unique defenses in each of these cases that I’m curious your take on. One is Donald Trump’s claim that he could declassify anything he wanted. Now, he’s not made a legal claim that he did that. And the second is, Joe Biden’s currently president. So is it currently illegal for him to have classified documents in his possession, even if it’s at his home, next to his Corvette?

ROD ROSENSTEIN: Well, that’s one of the questions the special counsel will have to look into. And in addition, you know, the legal status of the vice president, whether or not he has authority to make any declassification decisions. But the key question, the threshold question here is going to be: was President Biden aware of those classified documents?

CHUCK TODD: And how does that get proven? Do you think he’s going to have to sit for an interview?

ROD ROSENSTEIN: Well, that would be a logical step if I were conducting this investigation. I want to go right to the source and ask the president directly whether or not he was aware of those documents.

CHUCK TODD: A sitting president can’t be indicted, according to the Justice Department. So let’s say something is found, what would happen?

ROD ROSENSTEIN: You know, Chuck, I think what should happen in a special counsel investigation is that the special counsel should evaluate the facts and the law, look at Department of Justice policies, and make a recommendation to the attorney general about whether or not prosecution is warranted. Then it’s up to the attorney general to make the decision whether to apply that DOJ policy.

CHUCK TODD: Alright. If you were – you had been in this similar situation. It’s November 4th, it’s four days before the elections. The National Archives informs you that, “Hey, you know, President Biden has just turned over some classified documents that he had in his possession.” Is it too close to the election to tell people? Is that why the Justice Department didn’t inform folks publicly? Is it too soon? Are there questions that should be raised about this or not?

CHUCK TODD: You wouldn’t have done that in that similar situation?

ROD ROSENSTEIN: In the Justice Department I would not have publicized it, no.

CHUCK TODD: I am curious. There’s a lot of new committees on the Hill that want to investigate some Justice Department practices. And some of these are for current investigations. You essentially said, you know, no, when you were there and others, you didn’t turn stuff over to Congress in active investigations. Do you expect Merrick Garland to do the same?

ROD ROSENSTEIN: I think the bright line, Chuck, is not to turn over anything that’s going to in any way interfere with the investigation. And so that’s a decision the department needs to make in addressing each request as it comes along. There are legitimate congressional oversight requirements that the department can accommodate. But there really is a bright line when it comes to anything that might interfere with the investigation.

CHUCK TODD: So the fact that they have already sent letters demanding certain things now, in your mind there’s nothing Justice can do until they’re done with this investigation, correct?

ROD ROSENSTEIN: I wouldn’t say that. I mean, there are, as I said, legitimate oversight issues that can be resolved without interfering with the investigation. So for example, one bright line would be investigating the prosecutor while the case is ongoing. I think that’s a place where the department would need to draw a line.

CHUCK TODD: Let’s go back in time. In hindsight, doing special counsels, is this the slippery slope that many previous attorneys generals have always feared, that once you appoint one you essentially can’t stop appointing them? Once you claim there’s a rationale of a perception of unfairness, aren’t you stuck, basically, appointing them throughout the rest of the term?

ROD ROSENSTEIN: Yeah, that was true, Chuck, under the independent counsel statute, where there was actually a statutory obligation to appoint an independent counsel. It’s not true under the special counsel guidelines. It’s always left to the discretion of the Attorney General to decide whether the public interest warrants it in that particular case. So I do think when you have a similar case, as you do with the Trump and Biden documents, that you have established a precedent. But I don’t know that you need to apply that universally.

ROD ROSENSTEIN: Well, I think you need to distinguish Hunter Biden from President Biden. We don’t know whether that Hunter Biden implicates the president in any wrongdoing. If it did, I think Merrick Garland would need to make that decision. But as long as it’s just about Hunter Biden, I don’t think that decision point will be reached.

ROD ROSENSTEIN: I think Christopher Wray is doing a superb job under very challenging circumstances. You know, this criticism of the FBI has been ongoing for some time. But if you look at the work the Bureau is doing on a day-to-day basis, I think the American people should have confidence in what they’re doing. And I think Chris Wray is the right person to be in that job now.

CHUCK TODD: Judging by our political climate of the last decade, do we have to figure out another way to politically appoint members of the Justice Department? Or do you think we can get through this moment?

ROD ROSENSTEIN: I don’t think there’s any reason to mess with the appointment process, Chuck. You know, the majority of employees of the department are career employees. The leadership is subject to political appointment, and I think that that’s an appropriate way to manage the department.

CHUCK TODD: All right, Rod Rosenstein, former Deputy Attorney General who’s seen his share of special counsels, and has been through this. Appreciate you coming on– 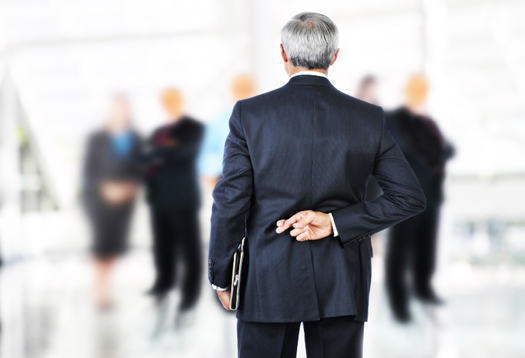