Before we get started today, I need to post a clarification on my position about viruses.

There is a movement afloat to refute the very existence of viruses. This debate will likely go on for a long time before it is settled. **That battle is not my fight,** and I won’t engage in that discussion/debate on this page. I am reviewing and writing here about what is the generally accepted influenza viruses and flu shot – and I am writing about the foibles of both.

A virus is said to be an infectious microbe consisting of a segment of nucleic acid (either DNA or RNA) surrounded by a protein coat. A virus is not a living organism, but it can make copies of itself that can be passed on to other hosts. The ability to replicate gives the impression that a virus is ‘alive.’ To replicate, it must invade a living cell and use components of the host’s cells to make copies of itself. The host can be a fungi, bacteria, plants, and every living creature. The viruses that can infect humans are only a small fraction of viruses in the world. Since 1977, only a few influenza A viruses, specifically H1N1, H1N2, and H3N2, have been associated with human infection.

The National Library of Sciences maintains an extensive classification system called The Taxonomy Database. It is a curated collection of all of the organisms in public sequence databases. They admit that this currently represents only about 10% of the described species of life on the planet. The extensive subset of viruses can be found at this link. The taxonomy research browsers can be searched for coronaviruses and thousands upon thousands of other viruses.

If you spend a little time perusing the taxonomy databases, the number of antigenically distinct influenza A viruses is in the tens of thousands. The fact that hundreds of subtypes exist for any given influenza virus is more than just a scientific curiosity, especially when it comes to flu shots. As stated in 2001 by Nancy Cox, PhD, Chief of the Influenza Branch, National Center for Infectious Diseases, at the CDC, “If we don’t get a good match, the vaccine will be less effective, producing illness, hospitalizations and death.”

For those who purport the importance of getting a vaccine to protect, how can a ‘close match’ be good enough? If you haven’t read it, now is a good time to skim through that article.

Influenza viruses are identified as three distinct immunogenic types—A, B, and C—and a large number of subtypes. Influenza types C and B have not been identified in any species except humans. Type C viruses are associated with either a very mild respiratory illness or no symptoms at all. Hence, it has very little significance for public health and Type C strains are not part of any influenza vaccine.

Influenza type B viruses have historically been identified in nursing home outbreaks. Beginning around 2001, influenza B infection in children under 5 years of age began to be reported, with the highest frequency occurring in infants less than one year of age. This became a campaign in 2004 leading to the approval of influenza vaccines for children, beginning six months prior to its release.

Influenza A viruses are named and divided into subtypes based on the combination of two surface glycoproteins called antigens. The surface of the virus is peppered with antigens called hemagglutinin, signified by the abbreviation (H) or (HA) and neuraminidase, identified as (N) or (NA).  Fifteen different H antigens (H1 to H15) and nine different N proteins (N1 to N9) are commonly known to exist. Another antigenic type, H16, has been identified in some scientific papers, but is not universally accepted. The various combinations of these antigens are the basis for sub-typing.

For symptoms to occur, a virus must undergo replication. Only when a virus bypasses the body’s several layers of immunological protection – the skin, the mucous membranes, and the gut – can it proliferate within humans, triggering the cascade of symptoms we have come to associate with the flu.

Viral replication is a complex task and defects can occur during the process, resulting in an offspring that is not the exact copy of its parent. If a small alteration in the genetic makeup is repeated, it can become a permanent change, creating a brand-new ‘antigenically distinct’ strain that may be unfamiliar to the immune system. This change, called an ‘antigenic drift,’ accounts for the differences in each year’s influenza viruses. The CDC takes advantage of this drift, using it to justify the production of a new flu shot each season.

Another widely recognized process for the development of a new, antigenically distinct virus is referred to as an ‘antigenic shift.’ This process, referred to as reassortment, is said to occur through an intermediary animal, allowing viruses to swap genes and form a new virus.

Each year, between January and March, an FDA advisory panel [Vaccines and Related Biological Products Advisory Committee (VRBPAC)] selects the influenza strains expected to be in circulation during the upcoming flu season in the Northern Hemisphere.idget”>

In a 2015 interview, Dr. Robert Daum, a Chicago doctor who was head of the VRBPAC at that time said, “It’s very, very frustrating and a very inexact science. . . . We do it with varying luck, and I think the luck is mostly the virus’s whim.”

After the annual strains, called the seed viruses, are selected, they are tested for their ability to grow in eggs. If one of the seed viruses propagates poorly, it is mixed with a stock influenza virus known to grow well in eggs. Each influenza A virus consists of eight distinct genes. Combining seed virus with the stock virus can create up to 256 new viruses. Researchers are then tasked with identifying which of these 256 recombinants has an (H) antigen on its surface that matches the circulating viruses AND has the internal genes of the egg-growing stock virus. From there, the selected hybrids are sent to the manufacturers and the process begins.

After the hybrid virus has been chosen, the virus is inserted into the membranes of fertilized eggs. Eleven days later, the slurry is extracted and centrifuged to remove as much blood and tissue as possible. The viruses are then weakened, called attenuated, with chemicals or UV light.

The next step includes adding chemical stabilizers, purifiers and sometimes, an adjuvant such as MF59. Prior to filling the vials with the vaccine solution, the following list of ingredients are added. Different flu shots contain different types and amounts of particulate matter. Even the amount of HA viral surface antigen can vary, from only 15 mcg in Fluad to 135 mcg in FluBlok. Unless you read the specific package insert for the specific injection you (or your children) are about to receive, you won’t know what’s coming through that needle.

Each of the ingredients listed above, and there may be others in shots manufactured outside the US, have the potential for causing serious side effects that will be discussed in detail in future releases of this series.

Learning4You.org, one of my educational sites, offers a 5-part series called “Problematic Ingredients.” Each course gives detailed information on these ingredients and more. Check it out here.

Marketed as a ‘needle-free’ flu shot option, the solution contains four live, non-attenuated viruses. It is literally squirted up the nose with a syringe.

FluMist has been marginally effective and has been on and off the market several times, most recently removed in 2018. But it has onceagain been recommended because, as Dr. Grace Lee, a professor of pediatrics at Stanford University School of medicine says, “It’s better than nothing.”

Really…? Something that doesn’t work is better than nothing..? Hmmm.

That’s why giving up the belief in flu shots is important. Read why here.

Reposted from the author’s Substack

Views expressed in this article are the opinions of the author and do not necessarily reflect the views of The Epoch Times. Epoch Health welcomes professional discussion and friendly debate. To submit an opinion piece, please follow these guidelines and submit through our form here. 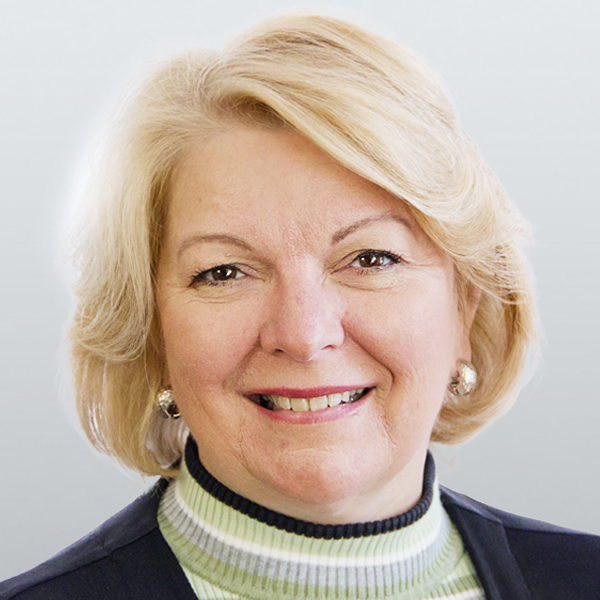 Dr. Tenpenny has invested 22 years and more than 50,000 hours of personal time, documenting and exposing the problems associated with vaccines, including the COVID-19 shots. As an internationally known speaker and author, her many articles have been translated into at least 18 languages. She is a frequent guest on radio, podcasts, and TV interviews to share her knowledge and educate parents on why they need to become educated about what is coming through that needle.

Troy Aikman: Tom Brady Is “The Most Unathletic Quarterback in the Game”