All Global Research articles can be read in 51 languages by activating the Translate Website button below the author’s name.

Shadows are falling
And I’ve been here all day
It’s too hot to sleep
And time is running away
Feel like my soul
has turned into steel
I’ve still got the scars
That the sun didn’t heal
There’s not even room enough
To be anywhere
Lord it’s not dark yet,
but it’s getting there.

— Bob Dylan, Not Dark Yet

The World Economic Forum (WEF)’s Davos Freak Show is back in business on Monday.

The mainstream media of the collective West, in unison, will be spinning non-stop, for a week, all the “news” that are fit to print to extol new declinations of The Great Reset, re-baptized The Great Narrative, but actually framed as a benign offer by “stakeholder capitalism”. These are the main planks of the shady platform of a shady NGO registered in Cologny, a tony Geneva suburb.

The list of Davos attendees was duly leaked. Proverbially, it’s an Anglo-American Exceptionalist fun fest, complete with intel honchos such as the US Director of National Intelligence, Avril “Madam Torture” Haines; the head of MI6 Richard Moore; and FBI director Christopher Wray.

Remixed Diderot and D’Alembert Encyclopedias could be written about the Davos pathology – where a hefty list of multibillionaires, heads of state and corporate darlings (owned by BlackRock, Vanguard, State Street and co.) “engage” in selling Demented Dystopia packages to the unsuspecting masses.

But let’s cut to the chase and focus on a few panels next week – which could easily be mistaken for Straight to Hell sessions.
The Tuesday, January 17 list is particularly engaging. It features a “De-Globalization or Re-Globalization?” panel with speakers Ian Bremmer, Adam Tooze, Neil Ferguson, Péter Szijjártó and Ngaire Woods. Three Atlanticists/Exceptionalists stand out, especially the ultra-toxic Ferguson. 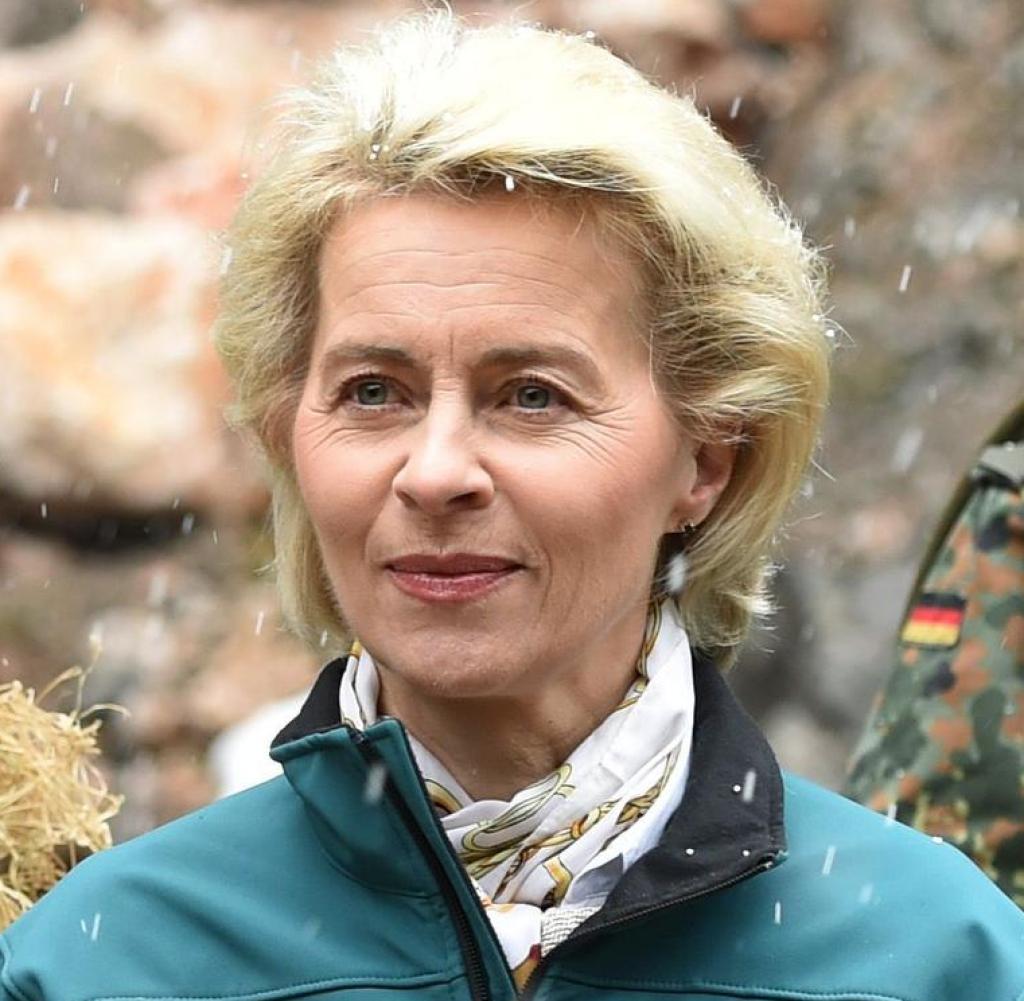 Rumors are that Lucifer, in his privileged underground abode, is green with envy.

In the War Criminal section, pride of place goes to “A Conversation with Henry Kissinger: Historical Perspectives on War”, where Dr. K. will sell all his trademark Divide and Rule permutations. Added sulphur will be provided by Thucydides strangler Graham Allison. 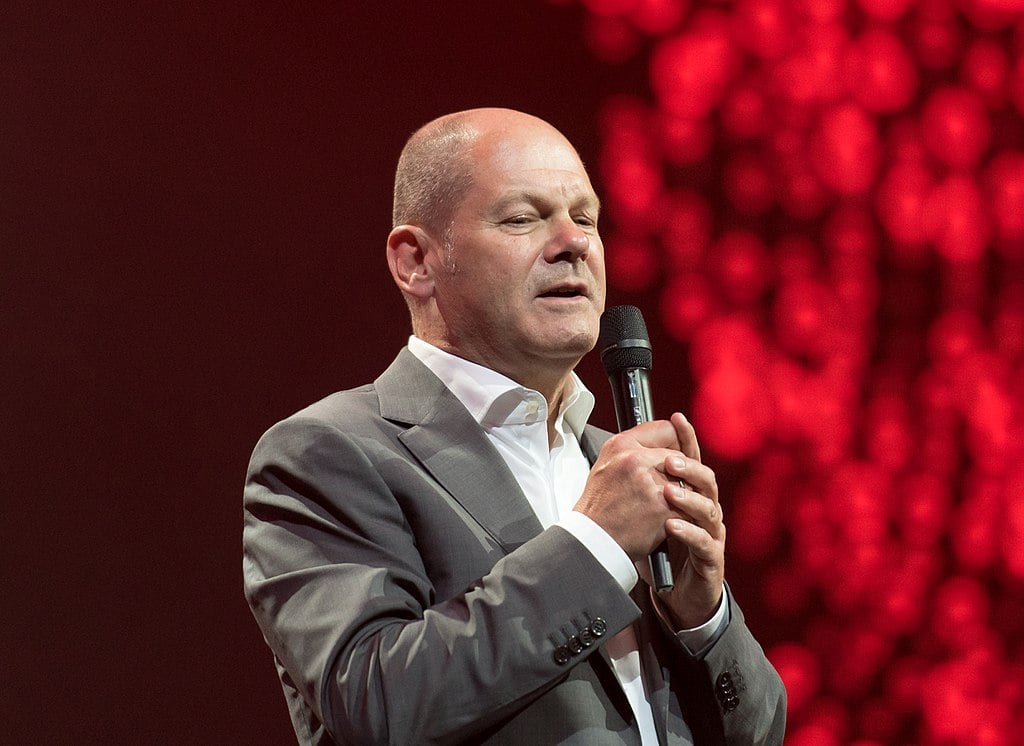 In his Special Address, “Liver Sausage” Chancellor Olaf Scholz will be side by side with Nosferatu, hoping he won’t be – literally – grilled.

And it gets juicier: the coke comedian posing as warlord may join via zoom from Kiev.

The notion that this panel is entitled to emit judgments about “peace” deserves nothing less than its own Nobel Peace Prize.Cynics of all persuasions may be excused for lamenting Mr. Zircon – currently on oceanic patrol encompassing the Atlantic, the Indian Ocean and of course “Mare Nostrum” Mediterranean – won’t be presenting his business card at Davos.

Analyst Peter Koenig has developed a convincing thesis that the WEF, the WHO and NATO may be running some sort of sophisticated death cult. The Great Reset does mingle merrily with NATO’s agenda as agent provocateur, financer and weaponizer of the proxy Empire vs. Russia war in black hole Ukraine. NAKO – an  acronym for North Atlantic Killing Organization – would be more appropriate in this case.

As Koenig summarizes it,

“NATO enters any territory where the ‘conventional’ media lie-machine, and social engineering are failing or not completing their people-ordaining goals fast enough.”

In parallel, very few people are aware that on June 13, 2019 in New York, a secret deal was clinched between the UN, the WEF, an array of oligarch-weaponized NGOs – with the WHO in the front line – and last but not least, the world’s top corporations, which are all owned by an interlinked maze with Vanguard and BlackRock at the center.

The practical result of the deal is the UN Agenda 2030.

Virtually every government in the NATOstan area and the “Western Hemisphere” (US establishment definition) has been hijacked by Agenda 2030 – which translates, essentially, as hoarding, privatizing and financializing all the earth’s assets, under the pretext of “protecting” them.

Translation: the marketization and monetization of the entire natural world (see, for instance, here, here and here.)

Davos superstar shills such as insufferable bore Niel Ferguson are just well rewarded vassals: western intellectuals of the Harvard, Yale and Princeton mould that would never dare bite the hand that feeds them.

Ferguson just wrote a column on Bloomberg titled “All is Not Quiet on the Eastern Front” – basically to peddle the risk of WWIII, on behalf of his masters, blaming of course “China as the arsenal of autocracy”.

Among serial high-handed inanities, this one stands out. Ferguson writes, “There are two obvious problems with US strategy (…) The first is that if algorithmic weapons systems are the equivalent of tactical nuclear weapons, Putin may eventually be driven to using the latter, as he clearly lacks the former.”

Cluelessness here is a euphemism. Ferguson clearly has no idea “algorithmic weapons” mean; if he’s referring to electronic warfare, the US may have been able to maintain superiority for a while in Ukraine, but that’s over.

Well, that’s typical Ferguson – who wrote a whole Rothschild hagiography just like his column, drinking from the Rothschild archives that appeared to have been sanitized as he knows next to nothing meaningful about their history.

Ferguson has “deduced” that Russia is weak and China is strong. Nonsense. Both are strong – and Russia is more advanced technologically than China in their advanced offensive and defensive missile development, and can beat the US in a nuclear war as Russian air space is sealed by layered defenses such as the S-400 all the way to the already tested S-500s and designed S-600s.

As far as semiconductor chips, the advantage that Taiwan has in chip manufacture is in mass production of the most advanced chips; but China and Russia can fabricate the chips necessary for military use, though not engage in mass commercial production. The US has an important advantage here commercially with Taiwan, but that’s not a military advantage.

Ferguson gives away his game when he carps about the need to “deter a nascent Axis-like combination of Russia, Iran and China from risking simultaneous conflict in three theaters: Eastern Europe, the Middle East and the Far East.”

Here we have trademark Atlanticist demonization of the top three vectors of Eurasia integration mixed with a toxic cocktail of ignorance and arrogance: it’s NATO that is stoking “conflict” in Eastern Europe; and it’s the Empire that is being expelled from the “Far East” (oh, that’s so colonial) and soon from the Middle East (actually West Asia).

Nobody with an IQ over room temperature will expect Davos next week to discuss any aspect of the NATO vs. Eurasia existential war seriously – not to mention propose diplomacy. So I’ll leave you with yet another typical tawdry story about how the Empire – who rules over Davos – deals in practice with its vassals.

While in Sicily earlier this year I learned that an ultra high-value Pentagon asset had landed in Rome, in haste, as part of an unscheduled visit. A few days later the reason for the visit was printed in La Repubblica, one of the papers of the toxic Agnelli clan.

That was a Mafia scam: a face-to-face “suggestion” for the Meloni government to imperatively provide Kiev, as soon as possible, with the costly anti-Samp-T missile system, developed by an European consortium, Eurosam, uniting MBDA Italy, MBDA France and Thales.

Italy possesses only 5 batteries of this system, not exactly brilliant against ballistic missiles but efficient against cruise missiles.

National Security Adviser Jake Sullivan had already called Palazzo Chigi to announce the “offer you can’t refuse”. Apparently that was not enough, thus the hasty envoy trip.  Rome will have to toe the line. Or else. After all, never forget the terminology employed by US generals to designate Sicily, and Italy as a whole: AMGOT.

Have fun with the Davos freak show.

Pepe Escobar, born in Brazil, is a correspondent and editor-at-large at Asia Times and columnist for Consortium News and Strategic Culture. Since the mid-1980s he’s lived and worked as a foreign correspondent in London, Paris, Milan, Los Angeles, Singapore, Bangkok. He has extensively covered Pakistan, Afghanistan and Central Asia to China, Iran, Iraq and the wider Middle East. Pepe is the author of Globalistan – How the Globalized World is Dissolving into Liquid War; Red Zone Blues: A Snapshot of Baghdad during the Surge. He was contributing editor to The Empire and The Crescent and Tutto in Vendita in Italy. His last two books are Empire of Chaos and 2030. Pepe is also associated with the Paris-based European Academy of Geopolitics. When not on the road he lives between Paris and Bangkok.

He is a regular contributor to Global Research. Trump impersonator has a Christmas hit…