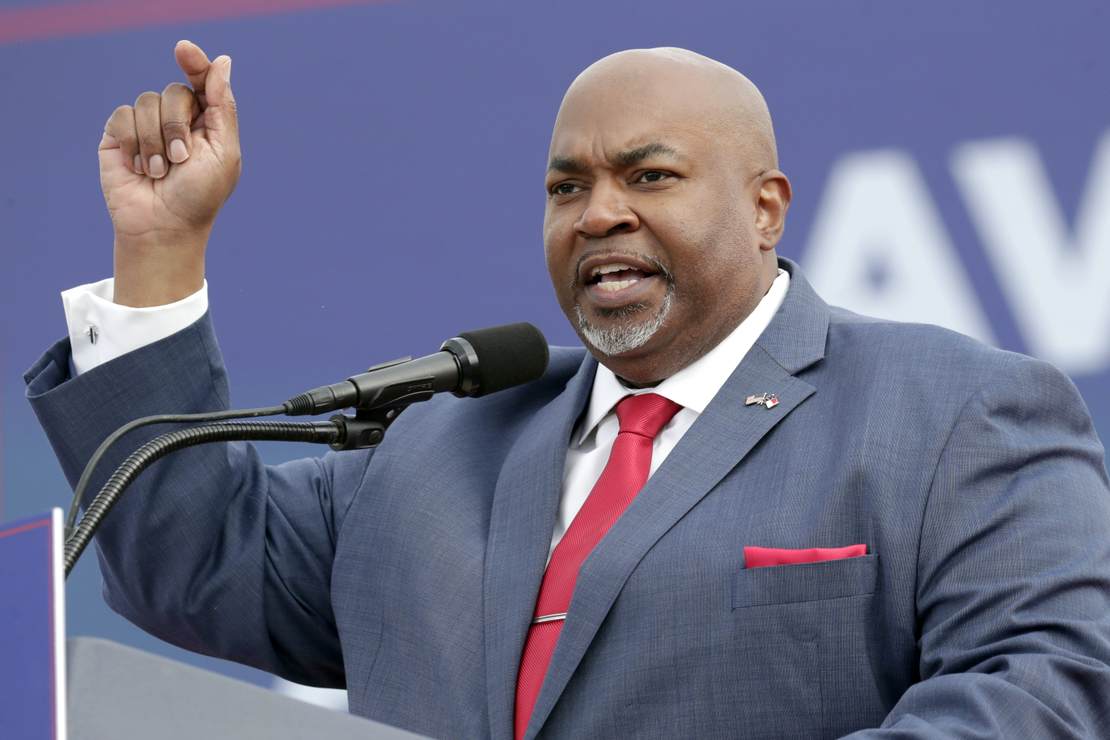 This week, pro-life marches and rallies happened across the country, with the massive March for Life in Washington, D.C. attracting widespread attention on its 50th anniversary. But at a smaller pro-life rally in North Carolina, the state’s lieutenant governor hammered home his message by comparing abortion to slavery, saying that both evils are “not compatible” with America.

Mark Robinson already made history by becoming the first black lieutenant governor of North Carolina. And speaking Jan. 14 at North Carolina Right to Life’s 25th annual Rally and March for Life, in a state that seceded from the Union and fought for the Confederacy in the Civil War to preserve slavery, Robinson’s message was particularly powerful. “Abortion is not compatible with this nation, the same way slavery was not compatible with this nation,” Robinson said, according to Live Action. “How can you have life and liberty if you end life in the womb, and do not give people their freedom after they’re born? This nation is built on those ideals. And so we have to stand up for life.”

Robinson noted that he grew up in a large family that struggled with poverty, and that if his own mother had received the pro-abortion advice given to so many women today, he would not have been born and he would not have made history.

“Had my mother followed such evil advice, I would not be standing before you right now, having made history in this state as the first Black lieutenant governor of North Carolina,” Robinson said. “Children would not be able to flip open the history books and see that a poor child, number nine out of 10 children from a small town in North Carolina, could grow up to be the lieutenant governor of this state, quite possibly the governor of this state.” In 2021, Live Action reported that minorities are disproportionately targeted for abortion in America.

In fact, Live Action said that Robinson previously disclosed that he and his wife aborted a baby before they were married, a decision they now deeply regret. “This decision has been with us ever since,” Robinson explained. “It’s because of this experience and our spiritual journey, that we are so adamantly pro-life.” That memory doubtless lent force to Robinson’s strong condemnation of abortion at the Jan. 14 rally.

But being pro-life isn’t just about helping women make the decision against abortion, Robinson said. It involves creating a better world for those children once they are born. “Once that child is born, once that child comes into the earth, that child’s going to need health care, that child’s going to need an education, that child is going to need housing, and we need to make sure that if we’re fighting to bring these children into the world, that we’re also fighting to provide them with a type of life that is going to allow them to be successful,” Robinson stated. He tied pro-life beliefs back to the Declaration of Independence: “So that they can have life, they can have liberty, and they can pursue their happiness.”

The lieutenant governor is very outspoken in his patriotism and his conservative values. Back in June 2021, he said that “trouble is good” when it involves fighting for freedom and right, and that cowardice is unacceptable in the face of woke bullying. “We’ve spent too much, too much sacrifice and service in our past, for us to be the generation that says, well, you know, I don’t want them to say something bad about me,” Robinson exclaimed. If the heroes of the American Revolution, Civil War, WWII, and all the other crises in American history had wanted to avoid trouble, Robinson reminded his audience, this country would never have existed or survived.

Robinson has brought that same fighting spirit to the pro-life issue. He told the recent pro-life rally that he wants North Carolina to be a “destination state for life.” He explained, “[North Carolina] can be a leader in the charge to stand up for life and to ensure people don’t go to the abortion clinics — not because there’s a law — but simply because they don’t want to. Because North Carolina is a place that makes life worth living and life worth giving.”

Why Not Declare Obesity a ‘Public Health Emergency’?

The Experts™ Finally Discover Why ‘LGBTQ Youth’ Are Suicidal